Houston rapper Maxo Kream joins Ebro Darden on Apple Music 1 to discuss his new album ‘Weight of the World’, his unreleased tracks with Tyler, the Creator, using studio time to cope with the death of his brother, working with Freddie Gibbs, sourcing beats for the album and more.

I was trying to work on the album right before pandemic hit. I’m on tour, I’m in the UK, I just did Brandon Banks, I had a lot of s**t on. Between the pandemic, the birth of my daughter, and the death of my brother, it gave me something to rap about. It gave me another story. I’m a big storyteller, and sometimes it might take me a year and a half, two years, ‘cause I gotta go through s**t, I gotta live life, so I can come back and give y’all folks my goddamn experience. The second day after my brother died, I was in the studio. I feel like I had to get this s**t off. I don’t do internet, I don’t got no diary, so the closest thing I got to vent, or like for therapy is the booth.

Maxo Kream tells Apple Music about collaborating with Tyler, the Creator on ‘Big Persona’ and their unreleased tracks

I bumped into Tyler last Yams Day, 2020. He said he f***ed with me, he said he heard Brandon Banks, he was in the UK with Rick Rubin, and then Rick was just jammin my s**t. Tyler told me that and I was like damn, Rick Rubin f**k with my s**t? We exchanged numbers, when he got to LA he told me to pull up to the studio, and the rest is just history. Me and Tyler got like five or six tracks, but that “Big Persona” was that one.

I’m very particular in beats. I was damn near holding a camp. Anytime I booked the studio, I’d be like well today, I’m gonna chill out. I ain’t gonna rap. Let me grab these beats so I have something to fall back on. So I have like Dom from Mount Kimbie pulled up, Tyler, The Creator, Monte Booker and Groove, they work with Dreamville, I met them during the Dreamville s**t. Me, I don’t give a f**k if you’re mother f***ing Swizz Beatz or Timbaland, I respect both of them, or like you 808 Mafia, I don’t give a f**k about no name, I wanna hear the beat. If the beat live, I’m f***ing with it.

Freddie Gibbs my motherf***er, man. Funny as hell. Freddie a real-life gangster. Real life gangsters are not walking around thinking they’re all tough and hard, I know killers goofy as hell. But f**k all the gangster s**t, I have respect for the GZA as a man on his ten toes, and his word. It just made sense to put him on the album. 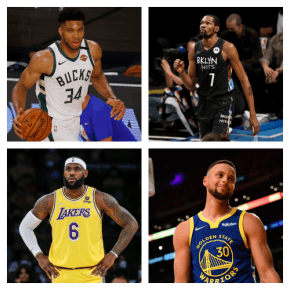 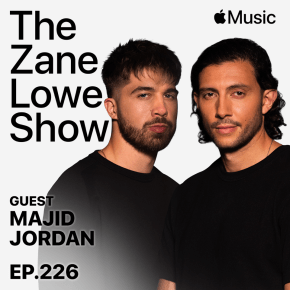