The month of May has been outstanding for music lovers as it delivered top tier records for our ears to binge. Of those enchanting records, one is a little obscure and hidden from the mainstream, but it is relishable and groovy. ‘Monalisa (Remix)’ was released on May 20, and instantly became a song to watch. A danceable Amapiano-influenced piece with a catchy and repetitive chorus. Lojay’s immaculate delivery of his sultry vocals decorates the record. The three-and-half-minute hit song features the megastar Chris Brown, who continues to collaborate with more African musicians after working with Wizkid, Davido, and Rema. The American star’s contribution is at-home with the entire composition. Chris Brown’s distinct vocals and harmonies flawlessly complete the record. He even incorporates bits of Nigerian Pidgin into his verse. Kudos to him! Sarz murdered the production, making sure to add ample elements to the record but without spoiling the broth.

All in all, this record is quite enjoyable. A party starter. I love how the performances of all the musicians involved are more or less proportional quality-wise. The megastar didn’t do the heavy lifting as many would expect. 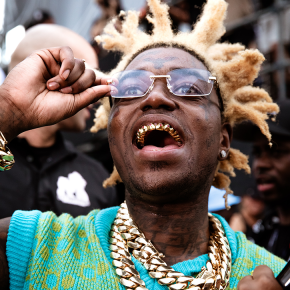