GH Drill has his eyes and heart set on becoming an essential part of the rising Drill scene in Africa, namely his hometown: Ghana. Artists such as Kofi Jamar, Yaw TOG, and the Asakaa Boys are known as the Asakaa sound pioneers to the world. Before the cultural explosion, GH Drill had plans to “show the world that Ghana was the first African country on the continent to adopt the style.” At the time, he said it was the only region to do so “after the sound’s popularity in Ireland, France, Canada, Australia, and the Netherlands.”

Recently, the London-based baklava-wearing artist put out the official music video for his record ‘Obaa Tumtum’. The global pandemic placed some aspects of creativity on hold. Luckily, the world is starting to look better and brighter, and he, like other artists, are giving it another shot.

Check out the official video directed by Jay Parpworth below. 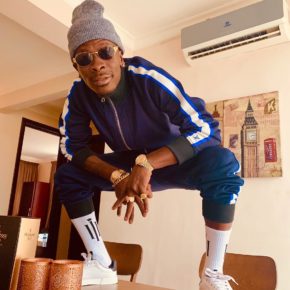