Drake has notched his tenth #1 album and the biggest album debut in over a year with the release of ‘Certified Lover Boy’ (OVO/Republic). The album has amassed an astounding one billion plus streams within its first week with global consumption approaching one million units.

Drake has also set a “new record on Apple Music with the biggest album debut ever on the platform”, surpassing his own record from 2018 when Scorpion opened with 170 million streams. He became the service’s “most-streamed artist in a day for 2021.” ‘Certified Lover Boy’ continues to break records on Apple Music, with three songs from the project “beating the record for most-streamed songs in 24 hours.” ‘Girls Want Girls (featuring Lil Baby)’, ‘Champagne Poetry’, and ‘Fair Trade’ (featuring Travis Scott) are the three biggest song debuts ever on Apple Music, surpassing Drake’s ‘Nonstop’ from his 2018 album Scorpion. On Spotify, Drake topped his own all-time record for single-day streams with Scorpion notching 132 million single-day streams with this release.

Be on the lookout for more news soon.

Toronto’s Drake remains one of the best-selling artists of all-time and the most influential of his generation. The RIAA has recognized him as the highest-certified digital singles artist in the United States. Among dozens of honors, he has garnered four GRAMMY Awards, six American Music Awards, a record 27 Billboard Music Awards, two BRIT Awards, and three Juno Awards. He has broken and achieved numerous records that are most likely to never be surpassed, including “the most Top 10 hits on the Billboard Hot 100”, “the most charted songs of any artist ever on the Hot 100” with 29, “the most simultaneously charted Hot 100 songs in a single week” with 27, “the most continuous time on the Hot 100” with 431 weeks, and “the most Hot 100 debuts in a week” with 22. He released his six full-length album, ‘Certified Lover Boy’, in 2021. 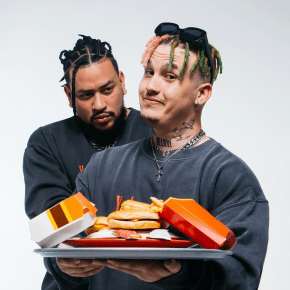