Comedian Waris is tricky as most tummlers are, but his heart and mind are in the right place.

It is hard to determine what’s real or a joke, when it comes to international performance artist Abdul Waris Umaru’s act, so my advice is to let things flow naturally.

Earlier this month, the Kumasi-born entertainer and I connected over an Instagram Live discussion. We talked about his upbringing in Kumasi, dating, losing his father, his hilarious online comedy skits, and taking up a career in snowboarding. You’re probably thinking: Why would an African man, that still lives in Africa, want to snowboard ever? Umaru is waggish and perhaps ambitious in ways, but he capable of exhibiting depth.

At the beginning of our hour-long discussion, Umaris expressed the importance of having consistent support from the local media—so the new industry can grow—even if the reviews aren’t the greatest.

The reason why it’s so difficult in here [is] because the media has not projected it so well. Aside [from] the standup comedy performances—we’ve actually had performances to over 5,000 people/audience at a time before.

He said if the same event happened outside of the country, it would have been a big deal. He’s right.

Although I am not in Ghana or Ghanaian, I felt it was imperative to help tell his story. Please read the full Q&A below to get to know him, his views on Funny Face’s alleged assault, how to get more exposure for Ghanaian comedians, his charitable foundation, and more.

GRUNGECAKE: For Valentine’s Day this year, you appeared on Instagram in a diaper. How did you come up with that concept? Who helped you put it on? How was the diaper made?

Comedian Waris: Thank you. My name is Abdul Waris Umaru, and my stage name is Comedian Waris; Alias: Professional Idiot. I am a content creator, stand-up comedian, an actor, and a future citizen of USA.

Thank you. I wore pampers to throwback on when I was a kid how; I use to play around without thinking of any bills and how the next meal is going to come by 😹 and to play around with an idea of how a child in pampers with sharp teeth behaves in the absence of his mom. My personal assistant Abena McKenzie taught me how to wear it. I got that size on the market. It was fun.

GRUNGECAKE: You seem to be quick on the draw when it comes to comedy. Were you always like that, or is it a skill that has developed over time?

Comedian Waris: Yeah, very quick when it comes to comedy [cause] I love it. I get excited when I hear the word “comedy”.

I wasn’t born like this. I had a lot of things I wanted to do that was far away from entertainment. I was just creative with anything I see so I watched a lot of performances by some big acts around the world (Basketmouth, Bovi, Josh2funny, Arnez J, Trevor, Gabriel Iglesias, and Kevin Hart) and read a lot of articles, as I practice everyday with at least three performances in a week. I made comedy my life, and it’s [given] me the gift to win.

Comedian Waris: Chale, it was a dream, eh… Then, my UK manager sends me that picture, and I was so happy to know I have superpowers and my dreams can appear on the internet. Matter of fact, I am looking for that dude, as he might even be my half-bro. My dad isn’t here to answer some questions, but I think soon that dream will be a reality.

GRUNGECAKE: Something happened to a fellow comedian in Ghana named Funny Face, recently. Have you two ever worked together? Do you know if he is okay? Are the local police in Kasoa known for the alleged treatment that your fellow comedian described?

Comedian Waris: Funny Face is like a father. Although, I have not worked with him before, we meet at events and he is a very good person. This is not the Funny Face I know and I think Funny Face is battling depression from the absence of his kids, wife, and his mentor, who is a footballer (Emmanuel Adebayor). A lot of people know this and I was hurt to see the police drag him on the street like a waste bag. It’s an absolute no even if it wasn’t Funny Face. The policehead spoke about it and they are looking into the matter to sanction the policemen who did that, but this shouldn’t happen again.

GRUNGECAKE: You and I talked on Instagram Live on February 9 about the lack of support for comedy in Ghana. What do you think should happen to help you and your fellow comedians get the support you need to continue doing what you love?

Comedian Waris: Ghana comedy is still in its crawling state because we lack the projections we need to do more. The media should get space for comedy in Ghana. Big shout-out to 3Music Awards. They once made space for comedians to roast on a music awards night red carpet and at the end of the day, it was music and comedy projected all over. There should be a comedy post on a media page at least once a week or two. If it cannot be balanced with music, it should at least be given attention.

GRUNGECAKE: During our live chat, you shared that you performed at a show of 5,000 people in the audience. When and where did that happen? Is there a way to create a virtual experience that may allow more than five-thousand people to support you and other comedians?

Comedian Waris: Glo Laffta Fest was actually the biggest African comedy festival with all the stars from Nigeria and Uganda (Salvador, Basketmouth, Senator, Gordon, Dkb, and Jacinta); This show took place in Accra, the capital of Ghana on 9th September 2018 with 5,000 [people in the] audience. That was my biggest performance, and with the hardship I have been through in life, you can imagine when I saw the world give me standing ovation, that feeling of “Mama, where are you?”

Virtual show? Yes, with COVID-19, every online show is possible 😹

I groomed myself to perform online during the lockdown, and I used the same method to feed and feed friends, so yeah 🙏🏻

GRUNGECAKE: I might be optimistic, but I think it would be an idea to make another revenue stream. I am thinking about ways for you to make more money, so you can continue to help the children you’ve helped on the street. It is essential to continue and to be consistent.

Comedian Waris: Yes, that’s why the Comedian Waris Foundation, and wonderful people like you exist, and I would appreciate to have another source of income to expand this project. What inspired this is a road-beggar, who use to sit on a bridge to ask for money. [He] once helped me pay for my exam fees, and when I was fully grown, I saw him very old still at the same spot. Since then, I started helping him and others, so it won’t be a bad idea to do this consistently.

Thank you so much. I appreciate every time you took to think of my brand and me, and I pray that you receive a thousandfold of this wonderful treat. 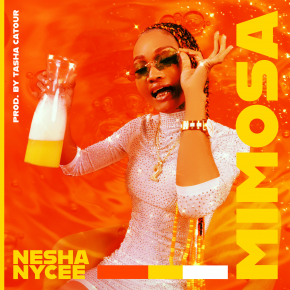