It has been finalized that Russell Wilson will be the quarterback of the Denver Broncos at the start of the 2022-23 NFL season.

The trade gives Denver the quarterback it has sought since Peyton Manning retired and gave Russell Wilson precisely what he wanted. Unlike most players’ contracts, Russell had a no-trade clause that gave him full veto power over any deal he didn’t like. Reportedly, the list of teams Russell was willing to play for outside of the Seahawks was very short, and according to multiple reports, the Denver Broncos was the only team he was willing to green-light this offseason.

This trade brings an end to an incredible 10 year run in Seattle for Russell Wilson, including nine Pro Bowl selections, one Super Bowl title and more wins than any quarterback ever has posted during his first 10 seasons in the league. Russell said goodbye to the city of Seattle on Twitter this morning.

SEATTLE, I Love You. 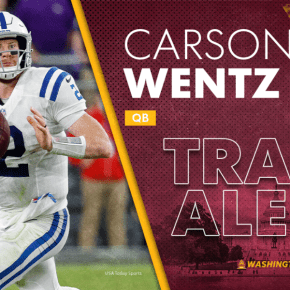