Beyoncé has announced she has been working on new solo songs for the past eighteen months, as she prepares to release her first album in nearly five years.

During an interview with Harper’s BAZAAR, Queen Bey said she felt a renaissance emerging after the trauma of the pandemic and she wants to help fans find solace after the turbulence of the coronavirus pandemic.

With all the isolation and injustice over the past year, I think we are all ready to escape, travel, love, and laugh again. I feel a renaissance emerging, and I want to be part of nurturing that escape in any way possible. I’ve been in the studio for a year and a half.

Beyoncé noted that the lengthy process was due to her meticulous attention to little things that other artists could overlook.

Sometimes it takes a year for me to personally search through thousands of sounds to find just the right kick or snare. One chorus can have up to 200 stacked harmonies. Still, there’s nothing like the amount of love, passion, and healing that I feel in the recording studio. After thirty-one years, it feels just as exciting as it did when I was nine-years-old. Yes, the music is coming!

Beyoncé reflected on the early phases of her career during the conversation, as she turns forty next month. Bey revealed that she had recorded at least fifty or sixty songs by the time she turned ten

I started taking voice lessons from an opera singer at nine. By 10 I had already recorded at least 50 or 60 songs in the recording studio. This was before Pro Tools, when you recorded to tape. I had my first vocal injury at 13 from singing in the studio for too many hours. We had just gotten our first record deal, and I was afraid I had developed nodules and destroyed my voice and that my career could be over. The doctors put me on vocal rest all summer and I was silent once again. My teenage years were about the grind. I grew up hearing this particular scripture from James 2:17, ‘Faith without work is dead.’ Vision and intention weren’t enough; I had to put in the work. I committed to always being a student and always being open to growth. No one in my school knew that I could sing because I barely spoke. My energy went into Destiny’s Child and the dream of us getting a record deal and becoming musicians. 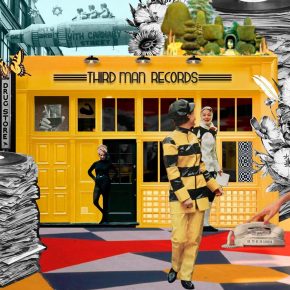