Olamide is the head of YBNL Nation, which he’s grown into one of Nigeria’s most influential and respected record labels since founding the imprint in 2012, launching the careers of artists such as Fireboy DML, Adekunle Gold and Lil Kesh. In 2020, YBNL announced a new partnership with EMPIRE, which has allowed the United States-based indie powerhouse to significantly expand its presence in Africa. ‘UY Scuti’, which takes its name from the largest-known star in our universe, sees the street Rap legend and Afrobeats stalwart expanding his sound in new directions, pulling inspiration from Dancehall, Reggae, Amapiano and Alté for his most melodic and personal project to date. The album features rising Nigerian acts like Jaywillz, Laddyoe, and Fave. Longtime friend and collaborator Phyno is also on the project. Production credits for the ten tracks go to Eskeez, with an assist from P-Priime on one of the tracks. Speaking on the album, Olamide says:

I chose UY Scuti for the title because this project is way bigger than anything I’ve ever done before. From the creativity, the amount of work that went into the project, the process, it’s just a new Olamide inside me. 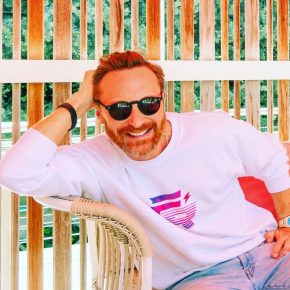