Megan thee Stallion has released a new single, ‘Thot Shit’, as well as its accompanying music video after taking a break from the music scene. The Houston rapper steps into her ‘Tina Snow’ alter-ego on this brand new record.

The video for ‘Thot Shit’ was directed by Aube Pierre. In the video clip for the track, Megan thee Stallion is a conservative senator’s nightmare—after he dropped a nasty comment on one of Tina Snow’s YouTube videos. In a quest to seek vengeance, she’s joined by her fans called the Hotties, as they make the senator’s life a living hell.

Watch and listen to ‘Thot Shit’. 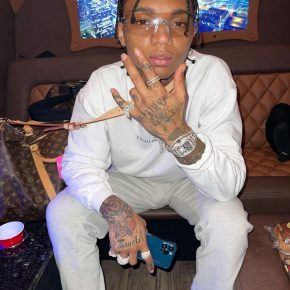