Nigerian singer LAX teams up with Afrobeats royalty Davido on the new single ‘Pepe’, a much talked about collaboration that’s been in the works for some time. A song about blowing all your money on your girl, the duo create a rendition worthy of setting dancefloors alight for the summer months ahead. With both artists sharing a similar come-up in Nigeria, the track connects two linchpins of the West African music scene.

The twenty-seven-year old has become known for his distinct formula of Afrobeats, Afropop, Fuji and Amapiano and can effortlessly transition from club bangers to sensual serenades. Releasing his sophomore album ‘Zaza Vibes’ during the pandemic had its own hurdle, but since the release lead single ‘Sempe’ has grossed over ten million streams contributing to growing audiences across The UK, The Netherlands, and France. Other highlights from the album include LAX’s boundary breaking Amapiano masterpiece, ‘Go Low’, which still remains a top hit within the genre with eight million plays and counting.

Listen to ‘Pepe’ below. 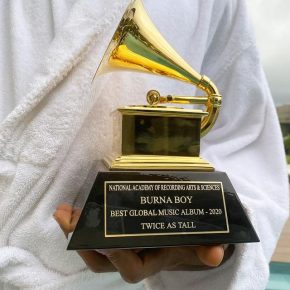