He tells Apple Music about the origin of the song, says his new album is done and on the way, shares why he’s more excited about Rihanna’s Super Bowl Halftime performance than anyone else, embracing fatherhood, what he loves about Lil Yachty, and more.

I think I was feeling remorse. I think I was feeling plight. I think I was also feeling a sense of guilt, because every time we lose somebody in our community, we all, especially me, have a habit of just saying things like, “It’s messed up. It’s wrong. Why do these kind of things happen?” You ask a bunch of questions and usually… I never took time out to really understand that I was part of the problem because I was contributing those kind of lyrics and whatnot to songs. Without preaching too much, I just wanted to touch on something a bit different opposed to just being braggadocios, flamboyant and just regular rap content for me. I just kind of wanted to express myself and tell how I felt without preaching. And I think we can all relate. We all got the same problems. The irony that my biggest hit to date was… My first hit was (censored) Problems. And now 10 years later exactly, I’m putting out a song named Same Problems. It’s just like problems, problems, you know what I mean?

Oh, it’s coming. Absolutely. Oh, it’s coming. It’s finished and we just putting the finishing touches on it. It’s coming for sure. I think we all need time for growth. I think that it’s pointless for artists to put out music when they have no fuel or no subject matter. Sometimes, I need to live a bit to give you the right subject matter to convey my experiences. The new stuff is me being vulnerable, and it’s just no filter, and just where I’m at, at my stage. My age and how I see things, my peers, the younger kids, the older cats, it’s just my perspective. We come in with some whole new fresh s**t. If we talking about inspiration and style and stuff like that, creativity, I do that in my sleep and we’re coming with that. I think now, my perspective has aged a bit. It’s like fine wine, and I’m starting to become more aware of things that I was oblivious to, things that I ignored, and a lot of things I was ignorant to. I’m more aware. I’ve experienced it firsthand or it’s just in my face every day. I think about encapsulating into albums. I try to figure out how to do that every time. The process of making music is more free. But I always try to stay on subject.

Oh, man. I’m just as excited as you guys, if not more. Yeah, I’m super excited. This is huge. This is incredible. I’m so glad that my lady’s back making music again and whatnot, and getting back out there. It’s just incredible. Especially for both of us, it is a good year for both of us to be more active and be out there. But the Super Bowl is huge, and her being the creative she is she going to bring it, man. I’m excited. I’m more excited than everybody else, honestly.

I think I changed around the time I started doing psychedelics and opening up my third eye, LSD, around that album. That’s, I think, when I started to… Something sparked and I try to be more aware of my surroundings and how I contribute and whatnot. I think that’s when I took more of a shift to being more creative. That was the route that I went in. And I used to try to express creativity more than anything.

I think it’s beautiful because it’s the unknowing. We didn’t know where we were going, we didn’t know where we were headed, we didn’t know what the destination was like or our journey. The journey and not knowing, the suspense of not knowing. I think the thrill of that allows you to treat the world as your canvas. That’s what I love about it, I think. But at some point, you get older and you got to wake up and realize that you got some type of responsibility, especially if you got people looking up to you and whatnot and aspiring to be like you and similar to you.

Internally, you could feel conflicted if you feel like, hey man, I’m contributing to something that’s really good. It’s lucrative, it makes everybody dance and feel good, but at the same time, it perpetuates this energy which just correlates to death or prison or a lot of mishaps and misfortunes. Sometimes you don’t want to make party music all day to distract people from what’s really going on. Sometimes you need to touch on it. I think you as an artist and an individual, you got to decide and decipher, when is it appropriate for you to express yourself that way? Is that your mission? Is that what you want to do? For me, I wanted to give people a different point of view without, like I said, making it look like I’m trying to teach them or talk down or even preach to them. I just moreso wanted to reason and relate and that was it. I wanted to spark some type of emotion, and I think I do that with… I take that kind of approach with everything that I do musically.

We got some help from a lot of friends there. We got Miguel, we got Tyler, the Creator, we got Lil Yachty here, we got Thundercat. Those are some heavy hitters. [On Tyler] That’s why we take so long. It’s him, bro. He play too much man. He want to joke and prank people all day, man. He’s the biggest prankster. You know this already, bro. You know, Zane. He’s a prankster, man.

The reason why I f**k with Yachty heavy is because Yachty was with us in 2014-’15, him and Cardi. And I always knew his capabilities. He had so much promise, but he was eccentric and he was different and versatile since then. I knew his diversity and versatility would someday catch up to his reputation and whatnot. And I think that’s all that’s happening now. The more that he gets to express himself. Yachty’s been a creative and he’s one of the illest ears for hip hop. A&R and the beats and selections, it’s Yachty. He’s one of the special ones, for sure. I couldn’t agree with you more, I think his new stuff is really going to show people why they need to categorize him in the category that he’s the lane he’s in as of now. Poland is one of those ones, right? I used to hum that to my son and he loved it. He would just start giggling when I hit the high notes.

A$AP Rocky tells Apple Music what he loves about fatherhood

It’s so unexplainable. It’s just one of those things. I’m a member of our club now, like the dad club. You see a dad, you see me. I’m playing on. I’m a full dad now. Being outside and working and being creative, it drives more energy for you to obviously to think and soak things up like a sponge now that I’m a dad, because I have a whole nother perspective. But it honestly helps you get home to your family and get home to your baby. And I can’t even explain it, man. You come home to heaven every day. I’m so thankful. God is good, man. 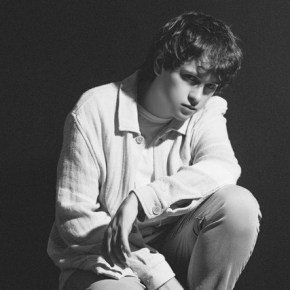 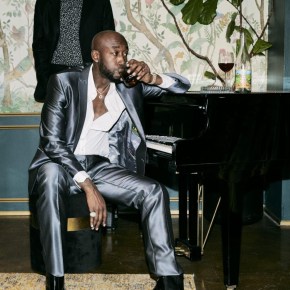