Swae Lee has fueled speculations that he’s currently dating Malu Trevejo, after he uploaded a photo of both of them on one of his social media pages.

Swae Lee uploaded two photos of him having his arm around Malu Trevejo on his Instagram. The pair also shared clips of both of them in an elevator, as well as a poolside photo in Miami on their Instagram Stories.

Following their public display of affection, some social media users called out Swae Lee accusing him of being a ‘predator’ and a ‘pedophile’.

If Swae Lee really dating that Malu braud that shit weird af dawg idc 😂😂 bro is 28 and she 18 cmon it don’t matter how bad she is you got 10 years on her. She was 8 when you was 18 hell nah

swae lee is 28 years old dating 18 year old malu. this is what we be talking about when we saying 18 isn’t grown.

However, Malu Trevejo took a bold step by commenting on her relationship status with Swae by saying they are just friends and replied critics via her Instagram story.

All these salty ass mfs I already said and would say it again any rapper tha hit to say itttt wwith prooffffff lmfaoaooa. No basketball no singer no nun my friend. I could walk in a room full of mfs tha y’all say I fu**ed and I’ll ask them and they’ll say nooooo lmfaoaooaaoa. Y’all just salty is ok if u ain’t got no haters u ain’t popping. 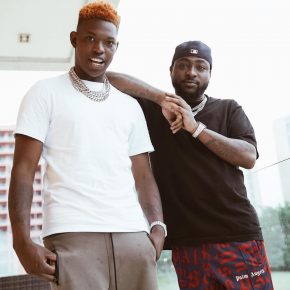