Legendary rapper Nas has announced a sequel to his GRAMMY-winning album, ‘King’s Disease’.

The Hip-Hop legend shared the cover art for ‘King’s Disease II’ as well as the release date for the project on social media on Thursday, July 29, 2021. He captioned his post “We are back in business! King’s Disease II • 8:6.” Nas’ forthcoming album will arrive on August 6, via Mass Appeal Records.

Nas’ ‘King’s Disease’ was released in August 2020, and won the Best Rap Album award at the 2021 GRAMMY Awards ceremony; the award was his first-ever at the ceremony.

The rapper recently celebrated the 25th anniversary of his sophomore album, ‘It Was Written’. The album sold 270,000 copies in its first week and debuted at the top of the Billboard 200 chart.

Young and determined. 25 years ago with a lap top. No examples to follow but myself. I knew that “It Was Written”. Thank you @stevestoute for helping me strategize, for pushing me and for helping me make my second album. Thank you Trackmasters & L.E.S, STRETCH (RIP) ,Premier and Dr. Dre for producing it and every artist on this album WE DID IT. .. and to everyone for the love today. Thank you. #ITWASWRITTEN 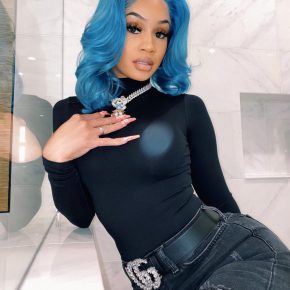