Will it help to decrease homophobia in America? Or is it just a stunt/marketing ploy to sell his new “Satan shoes” in collaboration with MSCHF? Only time will tell.

As it seemingly became easier to be yourself in public without severe consequences in the Obama era, America during Trump’s Presidency has become harder to exist in as a person of colour, oa person who loves the same sex or one of an identity that isn’t mentioned or adored in the storybooks. Now, Lil Nas X, an American superstar known for his fast-rise from an internet troll to a record-breaking artist with ‘Old Town Road’ featuring Country music legend Billy Ray Cyrus, challenges societal norms once again with his art.

Using his first name for the song’s title and having penned a letter to the younger version of himself, which he shared online, ‘Montero’ seems to show the openly-gay artist how he wants to be portrayed and seen from now on: a person not limited to traditional masculinity or any other expectancy, the world places on him.

From the stripper pole scene to the Lithia Springs, Georgia-native artist dancing in the devil’s lap, we are sure the performing art piece will start a meaningful discourse; hopefully, ones to help ostracised individuals feel seen and supported. Whether the general public wants to admit it or not, the truth is that several groups of people, specifically LGBT+ people, hide because of their differences and for their safety.

As the talented songwriter shared in April 2020, Lil Nas X told The Guardian that he “100% want(s) to represent the LGBT community.” I think Lil Nas X is doing his part to spotlight LGBT+ culture. We imagine there will be pushback because it’s the American way.

If you’re wondering how I feel about the song and video, I will tell you. I don’t love the music or music video treatment, but I see the importance behind the moment; I’m proud.

To make your assessment, check out Lil Nas X’s latest music video for ‘Montero’ below. Please share it with someone else, and outside of what’s happening in the music video, try to educate yourselves or others about LGBT+ lifestyles.

Lil Nas XMontero (Call Me By Your Name) 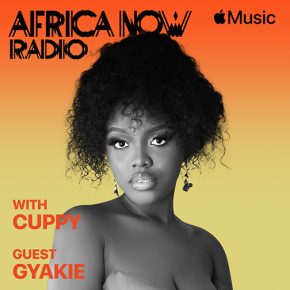