Especially in times like we’re living in right now, it can be so easy for people to lose their mind. I know because I’m one of those people – Lance Skiiiwalker

Back in 2016, Lance Skiiiwalker released his TDE debut ‘Introverted Intuition’, a thirteen-track album that we think is best for quarantine times. With collective anxiety at an all-time high and the uncertainty of it all, it wouldn’t be far off to say some of us are going crazy, or we’re already there. Living in modern times with a global pandemic feels like a bad dream, mainly for anyone who had the chance to make a life they enjoyed living.

Most of us have heard the song before, but hearing the ‘St Elsewhere’ single now might bring forth another meaning or realization. Specifically, the lyric about thinking anyone is in control of anything except themselves did it for me.

Should the Chicago-native artist’s name look familiar, it is because he’s been working in the industry with several artists, including his labelmates (Jay Rock, Kendrick Lamar, ScHoolboy Q, and SZA) and others.

Last night on Instagram, such a powerful tool when used for business and social issues, GRUNGECAKE received a direct message concerning the remake of the monster track. It is a, perhaps, esoteric take on the Gnarls Barkley 2007 GRAMMY Award-winning record ‘Crazy’ (Record for the Year), which happens to be one of my all-time favourite songs. Today, right now, you can stream Lance Skiiiwalker’s ‘Crazy’ exclusively through GRUNGECAKE via the IGTV player below. It’s a first of its kind for us, and we hope it isn’t the last. 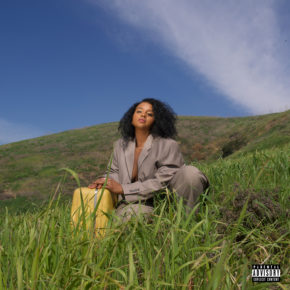