St Panther, an unassuming California-based musician with a strong vocal palette, whether she’s singing or rapping to the warmth of live instrumentation, is straightforward in her songwriting and intent, which is what drew me to her being. In her new song ‘Infrastructure’, she talks about love, looking like a fool, and not getting it right. Not reaching for perfection nor is she selling you traditional polished Pop songs, she is relatable and appears to be someone you could say hello to on the street; she might embrace you. At the attractive space in Los Angeles, Gold-Diggers, she performs the relatable lyrics to her new incredible single ‘Infrastructure’, which has been picking up steam.

I had the chance to catch up with St Panther to discuss the release, how she feels about being featured on the soundtrack, her musical skills, the effects of the unprecedented COVID-19, and more.

GRUNGECAKE: ‘Gold-Diggers’ looks like a pleasant creative space. What is it? How did you get connected?

St Panther: It’s a real unique spot. GD is a bar/venue/hotel/recording studio on Santa Monica Blvd introduced to me through Nice Life/How So Records. First as a venue for a Leon Bridges show, then as a studio for a writing camp. I still leave feeling like I’ve been to more than one place

You are a musician, someone who plays as well as uses their vocals to tell a story. I dreamed of being a drummer in a band as a teenager. When did you learn to play the drums?

Back in 2003, I was nine when I got my first drum kit and did 4 years of private instruction with Matt Westfall, a drummer at Westcoast Drums which was a local percussion store at the time.

Did you grow up listening to an array of music? Mostly Jazz music? If so, where would you say is the starting point for someone who listens to other genres?

I grew up listening to anything from Joao Gilberto, Astrid Gilberto, Stan Getz, Antonio Carlos Jobim to Stevie Wonder, Michael Jackson, Prince to Ray Charles, Nina Simone to Amy Winehouse, Lauryn Hill, Beyoncé, to OutKast, The Notorious BIG., Wu-Tang Clan, Kanye West, Theophilus London to Radiohead, No Doubt, Madonna, Altered Images. I named my first dog after ‘Lucky’ by Britney Spears and ‘Supermodel’ by RuPaul is still one of my all-time favorite songs. I think the way into multitude is really just being keen to music as a whole.

What inspired the songwriting for ‘Infrastructure’? How long have you been singing and rapping? When did you know you had the gift?

At the time, I was in a post-Stevie Wonder kick headspace – who always has impressive chord progressions and pop songs with a funk edge – I tried my best hand at that. I’ve been singing since I was little, and rapping was second nature to what I was starting to produce in high school.

Do you produce your records with your band?

I write/produce all of my records at home, this upcoming EP being the first time I take my records beyond that setting and into How So/Nice Life Records to further engineer them with Nate Mercereau/Ricky Reed. I hope to put together a band to tour the music with, but for now, St Panther is just me.

How has COVID-19 affected you?

COVID-19 has made me that much more mindful with our environment/everyone included. Working as of late has all been virtual and from home. It’s been a productive time despite the changes, but more than anything has been a reminder of how to treat our environment when we get back to it.

How did it feel to have your song played on the premiere episode of the fourth season of Insecure? Are you excited to be featured on the forthcoming soundtrack?

It’s always rewarding to have your work be of use to another artist. When it comes to Issa Rae and Insecure, I think her/her team along with the show and soundtrack give new music a life beyond being released. It finds a life in someone else’s work and it’s genuinely humbling and beyond exciting to be considered as an accessible collaborator in our community and look forward to doing much more.

About the collaboration, Kevin Weaver, Atlantic Records President, West Coast, shared Atlantic Records is excited to partner with Issa Rae, Raedio and HBO to break new ground together by releasing an array of exclusive music each week in connection with this season of Insecure.

He continued, Issa Rae is a cultural icon, a unique tastemaker and a creator of tomorrow’s trends. We believe this series, and this new season of the show, are the perfect vehicle to support her musical vision to curate and A&R music from a diverse arsenal of incredibly special artists that speak so uniquely to the series she has created. 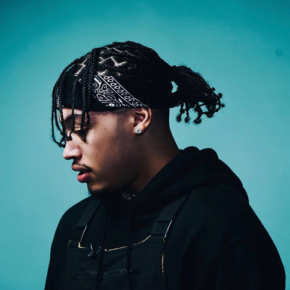 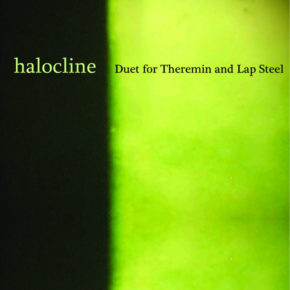