Paco Versailles is the phenomenal new collaboration between renowned flamenco guitarist and composer Vahagni and songwriter and producer Ryan Merchant of Capital Cities. The pair crossed paths when Vahagni joined Capital Cities on tour as lead guitarist in 2016 and soon bonded over their shared appreciation for Spanish culture. Their name is derived from their biggest influences; Spanish guitarist Paco De Lucia and French electronic artists Daft Punk and Air, both products of the Parisian suburb of Versailles. Together, Paco Versailles produces a blend of Pop, House, and Flamenco elements to create a genre they call ‘Dancemenco’.

Their newest single, ‘Black and White’ is an infectiously danceable tune that fans can’t seem to shake. The instrumentals include Latin guitar rhythms, electronic elements and an up-tempo beat. The lyrics are simple but impactful as they describe a journey from birth until death. Ryan’s dreamy vocals and playful harmonies laid on top of the groovy beat results in a Dancemenco hit. 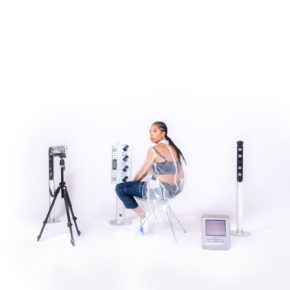