Last week (May 5), Canadian Nu Jazz/Jazztronica musician Luxgaze shared ‘Vivaldi’s Fall’ with the world. Slightly off-kilter in its production, the song is a “chill, experimental” vibe, that takes you to another plane if you let it. I’m unsure where the destination is, but it does give me the feeling of floating and meditating for the duration of most of the composition. If you need a song to help you transition from that sluggish slumber, give her latest song a try.

Keeping the tempo and the vibe the same, New York’s Lo-Fi Hip-Hop instrumentalist SRCMTRL isn’t interruptive in our morning efforts. Reminding me of childhood cartoon soundtracks and lazy quarantine mornings, ‘Quite Unknown’ is relaxing in its delivery, and tries to tie in the title with sample audio that features a man talking about a friend who owned a record company. The friend sent a demo of an album he was about to release to him. The sample cuts of there, so it allows the imagination to run wild. Check out the single from his debut album ‘La Vita è Bella’, which is Italian for ‘Life is beautiful’.

Kyyhky – Let Me Be With U (Submission)

Bringing the tempo up a little is a Finnish Lo-Fi Bedroom producer with the lead single from his independently released EP ‘I Feel Lonely Too’. Now, if this music doesn’t resonate with any of you during this lonely, scary and uncertain time, I don’t know what will. One to travel, and seemingly, enjoy life to the fullest, the artist was inspired by “long nights spent walking the streets of Shibuya, Tokyo and the late Summers in the Nordic wilderness.” I want to hear the remainder of the project soon, to hear how Kyyhky (pronounced ‘Coo Coo’) transforms his thoughts and feelings into sound. Hear the self-recorded, self-mixed and self-mastered track below.

Izo FitzRoy – When the Wires Are Down (Kraak & Smaak Remix) (Submission)

Leading us into the morning with more words and fewer thumps, Kraak & Smaak remake the Izo FitzRoy power ballad original ‘When the Wires Are Down’. All parts of the London singer’s song are beautiful, soulful and bluesy production hugging and fitting her raw vocals like a glove. It’s the kind of production you want to see in a live setting, so you make a day out of it, whether you have a date or not. Here’s the Dutch musical duos rendition of the song described as a “downtempo rework that’s perfect for the late hours or the afterparty.”

Now, that you’re out of bed, let’s walk into the bombastic ‘Temporary’ by primary artist Certain Self featuring a verse by Mr Dev of New York City band, MAURICE. If you ever listened to music by Ninjasonik or even Mindless Self Indulgence, who are fellow New York City blended-genre bands, you may have an appreciation for the Indie Electronic track. From its fun vocal deliveries to the trunk-rattling production, it reminds me of long nights in the Lower East Side on the back blocks of Delancey Street. If you miss being outside, travelling to your favourite dive bars and pizzerias, you’re going to feel this. 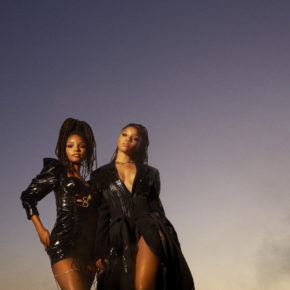 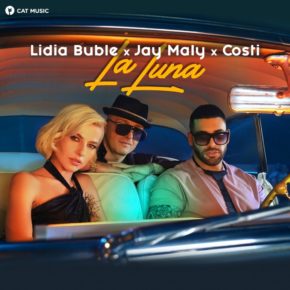