If you’ve watched the split video for Drake’s ‘When to Say When’ and ‘Chicago Freestyle’, which is now #1 trending on YouTube, you’ve heard GIVEON’s distinct voice come in ahead of Drake’s latter verse at 2:22.

Over the weekend, the vast majority on the internet didn’t know it was GIVEON, though. Music fans thought that the baritone vocalist was Sampha, the English singer who Drake sampled on ‘Too Much’ from his third studio album ‘Nothing Was the Same’. GIVEON is an artist mentored by Long Beach local and multiplatinum singer-songwriter AUGUST 08—known for his work with DJ Khaled and Justin Bieber.

GIVEON recently joined Snoh Aalegra on her headline tour, after performed to a packed crowd at Soho House and leading a songwriting camp sponsored by Remy Martin and ASICS with boi-1da, Jahaan Sweet, Sevn Thomas, WondaGurl, Charline Handsome, and more. If you like what you heard on Drake’s freestyle, delve into GIVEON’s new track ‘HEARTBREAK ANNIVERSARY’ out now through Not So Fast/Epic Records. 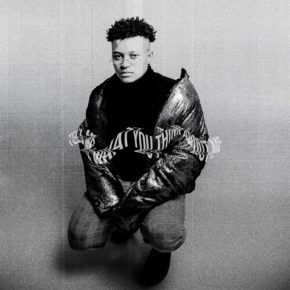