Yo Gotti has finally given the streets what they have been asking for with his new, highly-anticipated release, ‘Untrapped’. The tenth major release from the seasoned rapper featured the likes of Lil Uzi Vert, Ty Dolla $ign, Lil Baby, and more.

F*ck being politically correct! F*ck who gets offended! I’ve done sh*t that I ain’t proud of that I can’t take back. I fell out wit n*ggas I love but if I see them it’s still up there. I lost n*ggas close to me, some to the Feds, some to the grave. I feel their families blame me. Sh*t, sometimes I even blame myself. I’ve had over 10,000 H.O.E.s in the bed but, but ain’t had one good night of sleep. I lost the only one I loved in the process. Damn these streets had me Trapped! Let every line feed their mind. Let Untrapped be the beginning! 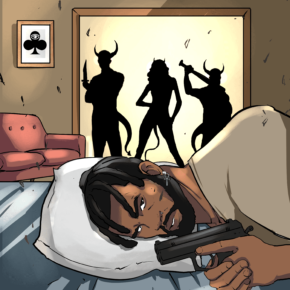