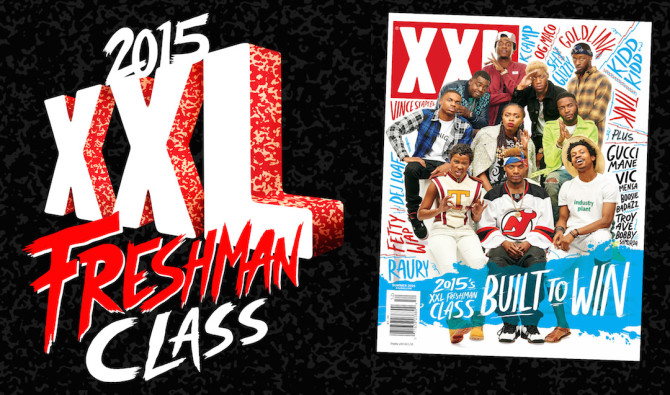 Club Nokia, located in the heart of downtown Los Angeles, was filled with anxious teenagers and Hip-Hop heads eager to see XXL Magazine’s latest pick of the next rap power houses to pave the way in Hip-Hop culture. The 2015 XXL Freshman show on July 13 provided its audience with major guest appearances along with some with fan upsets due to the absence of crowd favorites.

Each year, XXL is slated with the task of choosing the top 10 artists that show the most promising careers within Hip-Hop. This year was no exception, with rappers that hail from across the nation with diverse sounds, assorted delivery styles and range in mainstream popularity: Shy Glizzy, Raury, Vince Staples, DeJ Loaf, Fetty Wap, Tink, Gold Link, OG Maco, K Camp, and the tenth spot going to G-Unit’s Kidd Kidd, who made the cut with the support of his fans by way of a world wide vote.

Designed to begin with a slow start and build upward as the show progresses, the audience was astonished to have major guest appearances grace the stage, which is rare for a XXL Freshman event.

DJ Base| Courtesy of XXL

Beginning the show promptly at 8:00PM, atypical to any Hip-Hop occasion, Gold Link led the show rapping to a crowd that had just barely arrived to the venue. Having not performed at the New York show he began by introducing new material to the crowd like “Aquafina” and “Sober Thoughts”.

By the time host DJ Skee announced Kidd Kidd’s name concertgoers were ready for the show. The only fact that remains unclear is rather or not the uproar from the crowd was aimed at Kidd Kidd or to his special guest 50 Cent. Regardless of where the cheers were directed during their team performance of “Big Body Benz,” XXL had delivered a Hip-Hop legend amongst a group of up and comers. Clearly not set back by the notoriety of his success, Kidd Kidd freely walked through the crowd and danced with fans on the general admission dance floor while performing his hit single “Ejected”.

Next up was OG Maco, who for some reason demanded that he perform in total darkness. Dropping hits off of his debut album Children of The Rage with minimal cell phone lighting from the DJ and audience members, OG Maco demanded that the crowd hear his music and base his performance solely off of the sounds of his voice bringing down Club Nokia. D.C. native Shy Glizzy followed shortly after, bringing hits like “Awesome” and “Funeral,” preparing the crowd for what was about to come.

Due to Fetty Wop’s evident Billboard success, the artist that truly brought the crowd to its knees as a genuine performer did not close out the show. K Camp, succeeding Shy Glizzy performed material that dates as far back as 2012 had the audience in sync with him every step of the way. Treating the crowd with a special cameo from Ty Dolla $ign, K Camp was definitely the celebrated act of the night. Shelling out his most recognizable hits, such as “Money Baby” and “Cut Her Off,” K Camp appeared to have the longest performance of everyone.

When asked about an Instagram post from 2011 where he proclaimed his future status on the cover of XXL as a member of the Freshman class, K Camp stated, “I predicted the future and next is a Grammy”.

Finally, after much crowd anticipation Fetty Wap emerged from back stage to deliver a surprisingly mediocre performance. Despite performing “Trap Queen,” which has peaked at No. 2 on the Billboard Hot 100, and his latest hit “My Way,” which currently sits at No. 98, Fetty, has not yet mastered the art of performing outside of the recording studio.

The night was an overall success for each artist involved. XXL publicist Echo Hattix was proud to announce no arrests that night but the line-up was missing a few key elements including Tink, DeJ Loaf, Raury and Vince Staples. 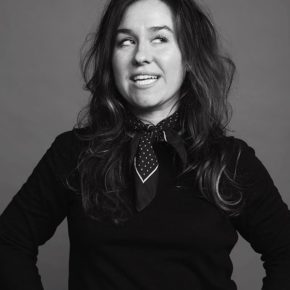