Every month I sit and think about who will be the next woman we worship. Women are of different shades, backgrounds, neighborhoods, but they all seem to intertwine with one another. In this creative industry, the essence of a woman is one of a kind. As a child growing up in Los Angeles, I was subjected to a vast range of cultures including the lowrider culture and because of it, Valerie J. Bower piqued my interest. She’s a young woman from the city, who is well-known for her street style photography. Raised in Wilmington, which is in the harbor area of Los Angeles, Bower draws inspiration from her childhood. Her subjects range from car culture, punk lifestyles, bully breed dog shows, the Blue Line and documenting everyday life in the city. She also makes zines. 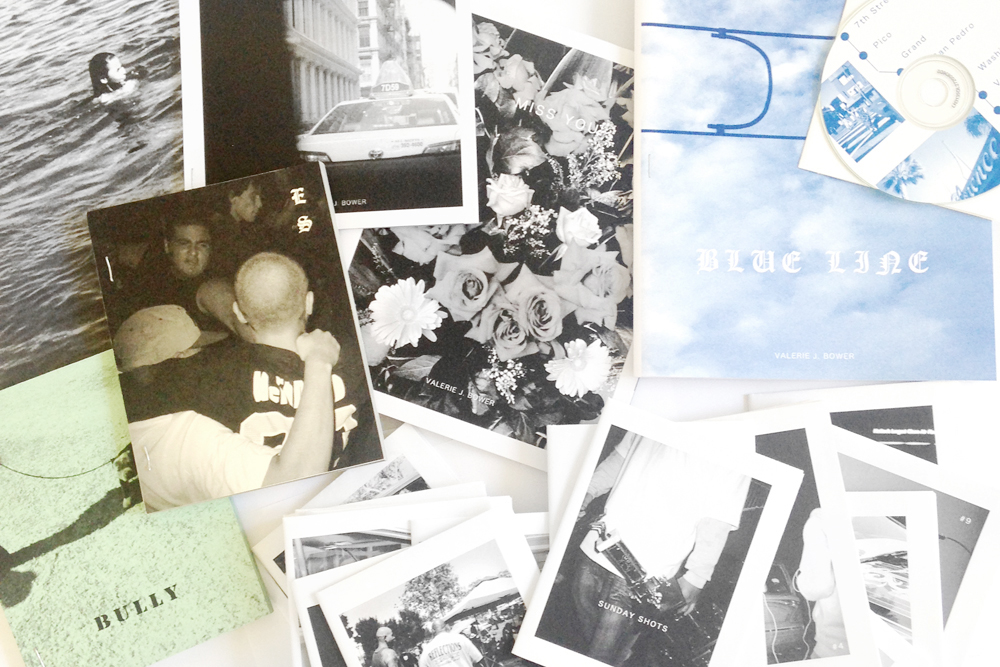 How did your surroundings mold you into the woman you are today?

My mom is a good, strong woman. I follow and look up to her so much. She’s the one that always had me thinking about wanting and doing more. The bigger picture. She’s really creative and likes to draw and used to paint a lot. She worked at a few interior design offices as an assistant designer. I used to play with her drafting tools like toys as a kid. She’s a dreamer. My dad grew up in Wilmington, where I grew up too. Wilmington is one of the oldest neighborhoods in Los Angeles. He’s retired now but has always been a blue collar working man. He was a welder for over 25 years. I used to hang out with my dad in our garage whenever I could. He’s a very old-school guy. I took different qualities and interests from both my parents. It wasn’t just my surroundings, but also my experiences that made me who I am today. Too much to say, but everything so far has brought me to this point now. And I’m still evolving and growing as a woman.

I’m getting a little personal: What are your heritage, and nationality?

I’m mixed: Filipino and German. I’ve been getting different responses to that fact my whole life. [Laughs] “I thought you were this… I thought you were that.” Or when people see my last name and look at me they get so confused. My entire family and I grew up with are a crayon box. My cousins are all mixed. Filipino with Puerto Rican and Mexican, Filipino and Native American. My oldest brother is Filipino, German, and Mexican. I’m probably the most Asian. 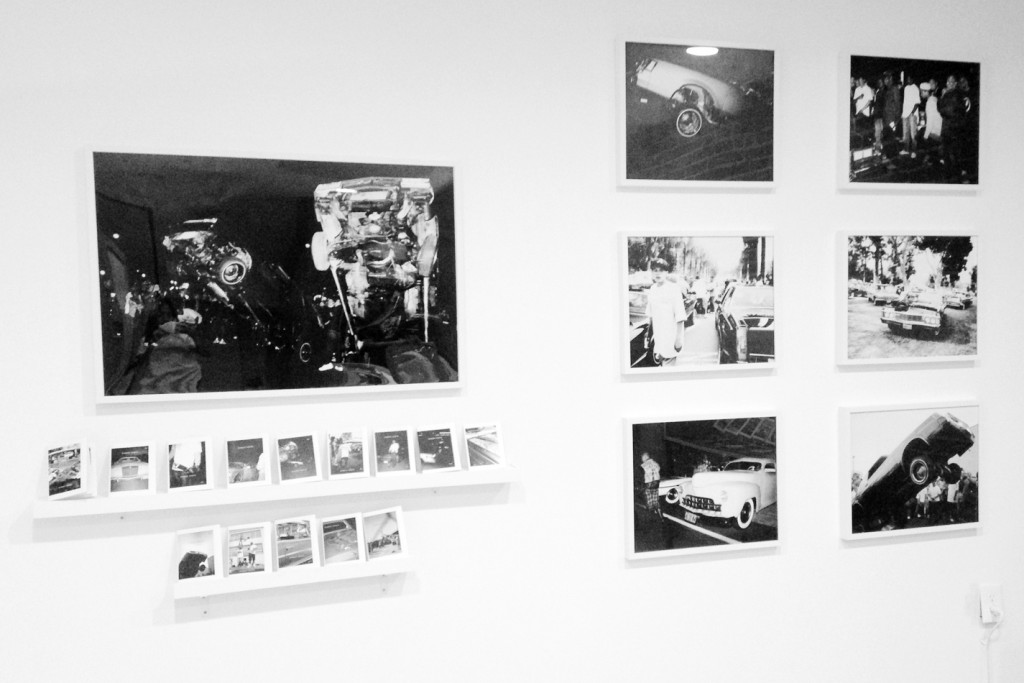 What is it about documenting neighborhoods, and the lowrider scene, that fascinates you?

I think when you grow up sometimes you want to grow out of what’s “normal” and try other things. That’s what I was doing when I first started taking photos. I did different styles and tried other subjects. That’s how you learn, develop, and grow. But none of those things I was shooting interested me like what I’m doing now. I love documentary and street photography. It’s raw and real. Real life. I love LA. I want to photograph things reminiscent of growing up in a neighborhood like I did. I want other people to connect to my work in their own way. It’s all pride and nostalgia. From there, everything else I shoot is extensions of the LA story I’m trying to tell. Like with the lowriders. The lowrider scene has been around for decades. Nothing I’m shooting is new. The only thing I can do is document it at this point in time, and present it how I see it. It’s become worldwide, but it’s so unique to LA and embedded in our culture here. What personally drew me was my oldest brother. He’s still in a car club and has a few cars. Now that I go to the shows on my own, it still keeps me going back. The cars at the shows are presented like works of art. The car owners put so much heart and soul, not to mention time and money, into making their dream car. There’s something about that I think everyone can appreciate. At the car hops, it’s a little different. There are so much competition and raw energy. It’s definitely fun and exciting to shoot.

Do you feel that there is a double standard when it comes to the low riders scene? Or the way that it has been portrayed by others?

I don’t know if there’s any double standard… But, as far as the way it’s portrayed by others. I’ve been to a few car shows that had gang unit police there, but they had nothing to do so they just stood around. It just bothers me because these shows are all family-oriented. I’ve also seen some classic car show flyers that actually said “no lowriders.” I’ve never seen a lowrider show flyer that said “no classic cars” or “no hot rods.” It’s always welcoming to everyone. For those other shows to blatantly exclude them seems a little unfair.

Do women play a big role when it comes to your real-life photography? Specifically in the low rider scene?

It’s not my focus, but I love photographing women. Especially young girls and teenage girls. It’s a little bit of added nostalgia to me, being a girl that grew up in Los Angeles. The lowrider community, however, is a predominantly male scene. But I also have to include the women involved. The daughters, wives, girlfriends, and mothers. The car show girls. The women car photographers. Women own and drive lowriders and are in the car clubs too. They’re as much involved and a part of the lowrider community as men.

Would you say there are two sides of Valerie Bower? One behind the camera and the one away from the lens?

When I’m behind the camera, I definitely become a little more brave. Somewhere I wouldn’t normally be, but now I am because I’m shooting. Or someone I might not have any opportunity to talk to, I can converse with them now because we connect through the camera. When I’m not shooting I’m either working on photos or thinking of new ideas. Or both. Other than that, I’m pretty much the same. I try to stay focused always.

How do you feel being selected for our Women We Worship series?

It’s cool. [Laughs] Hopefully, I can inspire other people (men and women) to work and do what you love. Be true to yourself and your own vision. Get inspired, learn, and research. If you have an idea, do it. If it doesn’t work out, at least you tried. No one’s gonna push you, but you. That’s what I’ve experienced and it sounds corny and generic and simple, but it really is just that simple. 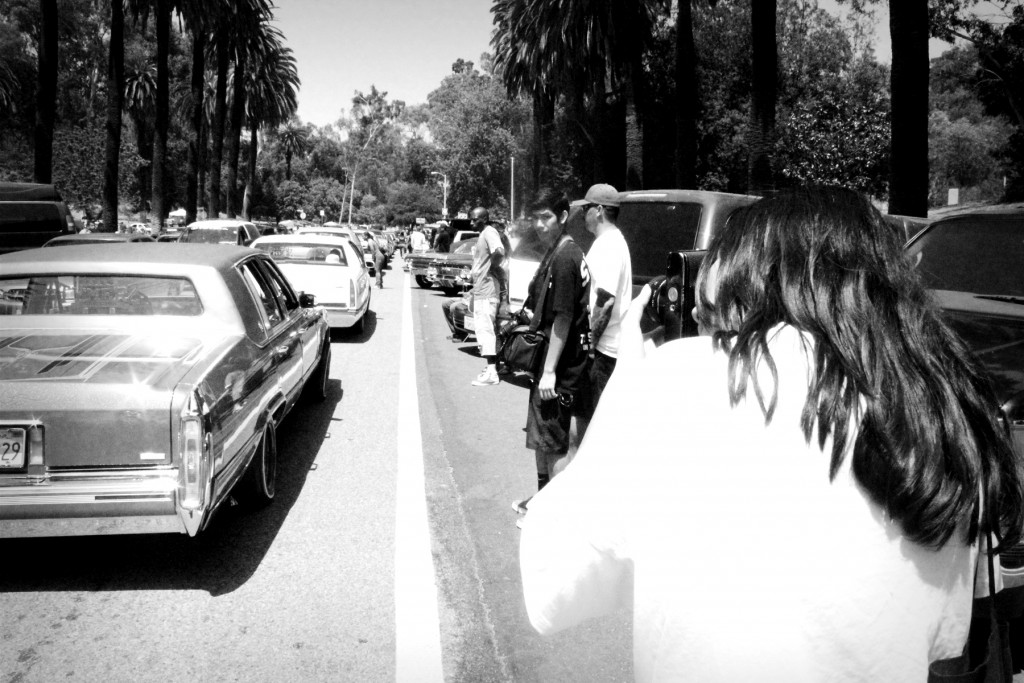 What is your perception when it comes to culture? From the actual culture to the culture that is being televised.

I try not to take anything I see on TV too seriously. TV sensationalizes everything. There are so many good documentaries out there I’d rather watch. The other day my boyfriend and I were watching a TV documentary that CNN did on the L.A. Mongols motorcycle club. I definitely had to watch it. It hits two major interests for me; Los Angeles and subculture. I must be an annoying person to watch documentaries like that with, though, because I kept talking out loud and yelling at the interviewer on the screen like “why would you say that?!!” and grumbling the whole time, haha. It was good for the most part, but it bothered me because the interviewer kept asking suggestive questions that were trying to provoke a certain type of answer. In that way, she’s already creating her own story and not really “documenting.” I didn’t like that at all.

Why did you create zines? Do you personally create each zine yourself?

I make my own zines. I publish my work. DIY. I love photo books and printed things. I wanted to be able to hold my work in my hands and flip through the pages. It’s a physical object. After I made the first two last year (“MISS YOU” and “LOVE YOU,”) I wanted to think about unique ways for my books to stand out. My books now are all conceptualized projects. Every new book I make is planned out, from the design, paper weight, paper color, the size of the book, title, fonts, and everything. Every detail has a purpose. I lay out all the pages on my computer, print them myself at the copy machine, cut, and staple each one. My lowrider posters “SUNDAY SHOTS” are all hand folded. This past January I folded about 100 posters to bring to 2015 LA Art Book Fair. It was so tiring, but I got it done. With those, I was able to hand out my work quickly to other photographers I admired, publishers, and art bookstores.

How did you go about curating your SUNDAY SHOTS series? Any upcoming projects?

It was hard to choose just 7 images to frame for my last art show. But, I was really excited when they asked me to also exhibit all the zines I made. They were laid out in a glass display case. I consider the zines I make as objects and part of my work, too. Not just the images themselves. My next projects so far are some new books in the works.