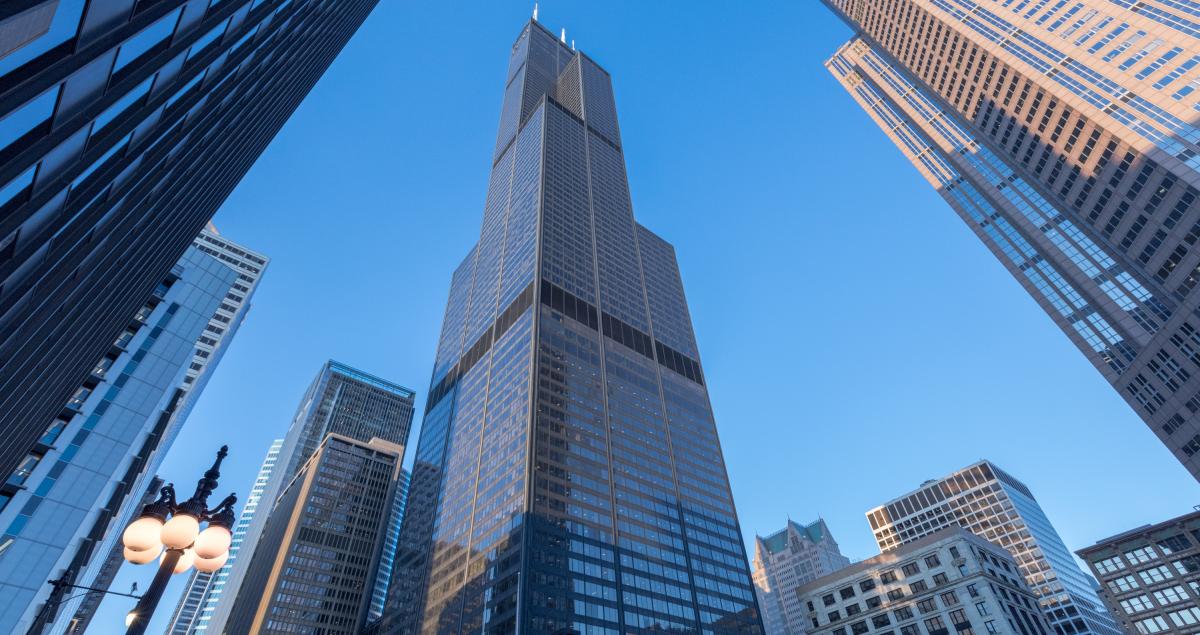 It is predicted that by 2030, 60% of the world’s population will be living in cities, shifting the way the urban landscape is used. Chicago’s Willis Tower, one of the tallest and most famous buildings in the world, is undergoing a $500 million transformation project and has turned to Otis to modernize its 83 elevators and 97 passenger cabs.

Originally known as the Sears Tower, Willis Tower was completed in 1974 reaching 1,451 feet with 110 stories and held the title of the world’s tallest building for nearly 25 years. Today, Willis Tower is the second tallest building in North America and holds records for the highest occupied floor and observation deck in the Western Hemisphere.

The Willis Tower elevator system makes more than 46,000 daily trips and serves an estimated 5.8 million people each year. The modernization project will provide a more efficient elevator service, reducing travel time during peak hours by up to 30 percent and cutting energy costs by an estimated 35 percent.

Through the investment, Willis Tower will be reinforced as a civic destination and the city’s leading workplace, featuring unprecedented amenities and unique retail and entertainment experiences.

Watch a video that provides more information on the elevator modernization at Willis Tower.