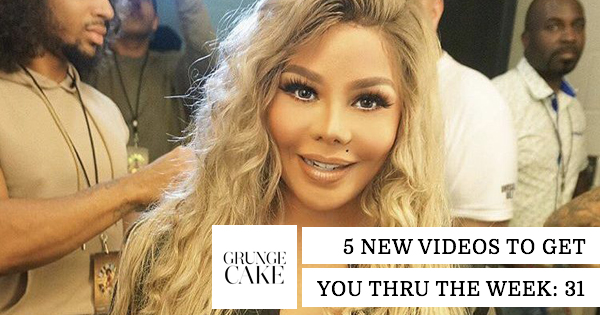 Naturally, it makes us want to pay attention when we cannot see or hear something in full. I think it has to do with how curious we are as humans. In a transfigured voice and a visually unique treatment, the Vancouver-based recording artist says the most discourteous things on wax about celebrities and everyday people. When Wettworker’s six-track extended play makes its way to the right (or wrong) individuals, I think he is going to make a quick splash.

I can’t see anyone who titles their song “Chris Brown’s Fist” not garnering the attention of somebody. It screams, ‘Hey, look at me! I’m bold enough for some of your time!’

But don’t worry, Wettworker is fully-aware of what he’s saying, portraying and doing. Watch the latest video from the two-year-old project, “Jaime Meline’s Pimp.”

In an empty home, a young girl in a white dress and curly hair checks to see if the coast is clear before dancing around. It is unclear if they’re moving in or out, but it looks as if love doesn’t live there anymore. Next, the dancing child heads toward the water where crawling individuals move in toward her. Eventually, they close in on her and lift her up. You should have a look at the Anderson Wright directed video below. The West African harp, or kora, used in the instrumentation is soothing; So is Zena Carlota’s voice.

At one time or another, we’ve all had to deal with false information. Either we were the ones who shared it, or we were on the receiving end. There’s no way around it. It is annoying, but for some reason, a part of the human experience. It brings on frustration, anxiety, and a sense of awkwardness, but most of us get past those moments. However, it feels like it is everlasting.

I’m unsure how some people are born with voices that sound this good, but I am happy and blessed to have their interest. Meet Future Fathers. They are a Nashville, Tennesse-based duo composed of Trent Dabbs and Cason Cooley. “False Information” is the debut single from the two.

All of the words of the song aren’t audible, but something tells me Windowsninety8 is a fellow millennial. Not only does the production sound great, the young artist audaciously wants legendary producers and rappers to get on the phone with him. Stream the track to hear who the Blocktrade Music recording artist calls out.

The Free – The Vibe of a Mango (Submission)

As soon as the song started, I was intrigued by the vocalist’s Sudanese-Canadian diction. Joyous and delightful in its root, of course, but it felt different to hear someone with his vocals over the trendy sun-drenched beat. Not to be cliché, but I think “The Vibe of a Mango” is perfect for a new travel commercial. Since it talks about the succulent stone fruit, in particular, a tropical destination might be best. Get to it, Caribbean Airlines!

Honey, first and foremost, Joel Culpepper’s voice is what we call ‘unfuckwithable’. Secondly, a working man is the sexiest man on the planet. Like the words of Gwen Guthrie’s 80s controversial monster 80s hit “Ain’t Nothing Going On But The Rent” suggests, ‘You gotta have a J-O-B if you want to be with me.’ Third, who doesn’t want to act like their man is singing this shit to them? I know I do. Listen, the South East London-native singer’s video isn’t grandeur, but its simplicity is enough. Shout out to the Jesse’s Cafe and the music director, Abi Moore.

Listen, I love Lil’ Kim. I’ve loved her since I was nine-years-old. I’ve even published a “We Miss Lil Kim” article. When some people fan out, they think there’s nothing a star can do wrong. In her day, after Biggie’s death, she did release duds, but I think it is a good warm-up record. It is almost smart that they released a music video, too. We are in times where music videos are everything. It has a longer “shelf life,” so to speak.

PS: I love it when she dances. Kim, get it with your reinvented self!