It was nearly a decade ago that the music world would be blessed by the introduction of an artist who certainly made noise from the moment that she boldly stepped into it. With a distinctive sound that was just as striking as her colorful, larger-than-life image and aesthetic, Santigold commanded attention in every single way imaginable. 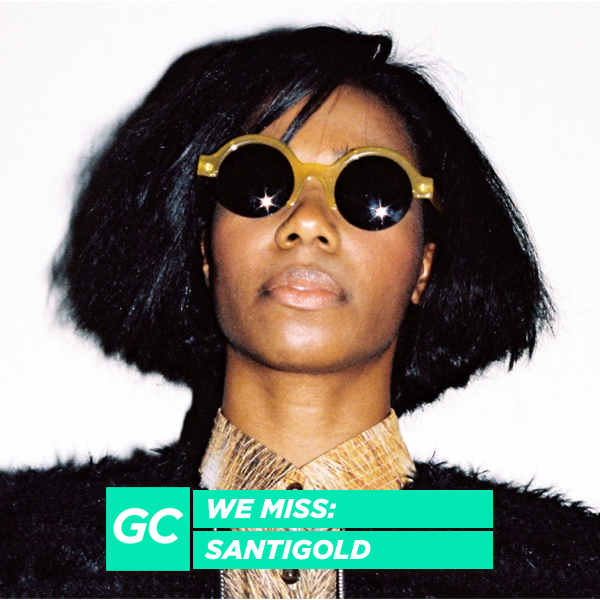 From start to finish, her 2008 self-titled debut was undeniable proof that she was truly special. Just one dose of the LP’s lead singles, the thunderously drum-heavy “Creator” and alternative rock-tinged “Les Artistes” are a powerful representation of the alluring eclecticism that singer-songwriter enlivens with the album. With a fusion of New Wave, Reggae, Electronica and more comprising the musical backbone of the CD, it was not only notable for its sonic brilliance but for the barriers that it broke. Simply put, a black woman creating music outside of the realms of R&B, Hip-Hop and Pop was for many, an unique occurrence in itself; and its resonation with both critics and fans across the globe was a rare and remarkable triumph.

Not to mention, the impressive buzz and popularity sparked by her first album also caught the attention of several of her peers who desired to be graced by the Santigold touch. By 2010, she had worked with big industry names like JAY Z, Christina Aguilera, Lily Allen and more, collaborations that contained traceable elements of Santigold’s unique style of music and songwriting.

In 2012, Santigold released her anticipated sophomore opus, Master of Make-Believe, which, like its predecessor, went on to collect massive acclaim. But with her hiatus nearing the three-year mark, music lovers are thirsty for their next Santigold album (currently in the works).

As evidenced by her undeniable impact and accomplishments, it is a return that would deliver yet another reinvigoration to the industry. With her fearless risk-taking, thought-provoking lyricism and flawless ability to weave a variety of influences and genres together into music that is fresh and intriguing, there is no denying that Santigold excels at exciting her audience and creating true artistic moments. Without a doubt, she leads a lane that is all her own and her absence only sheds light on her significance and the need for her presence within the landscape of contemporary music. And it looks like soon, our appetites will be fed with a comeback that we are definitely ready for.