Melanie Fiona is a GRAMMY-nominated, R&B/Soul recording artist based in Los Angeles, California. She’s a Canadian, with an enticing Roc Nation management deal that encompasses prodigious talent such as Rihanna, J Cole and Wale. Melanie is a firm believer in revealing emotions including pain that could be found in a plethora of her songs making her music more relatable. Her discography includes two albums, ‘The Bridge’ and ‘The MF Life’, respectively. Melanie has worked with John Legend, The Roots and more. She initially released her music internationally and formerly recorded many Reggae and R&B tracks.

Melanie Fiona is a strong-minded woman who doesn’t use her sex appeal to get further in her career. Her confidence and independence along with her positive demeanour make her a very influential person. She has an emotional clothing style that transforms according to her sentiment. 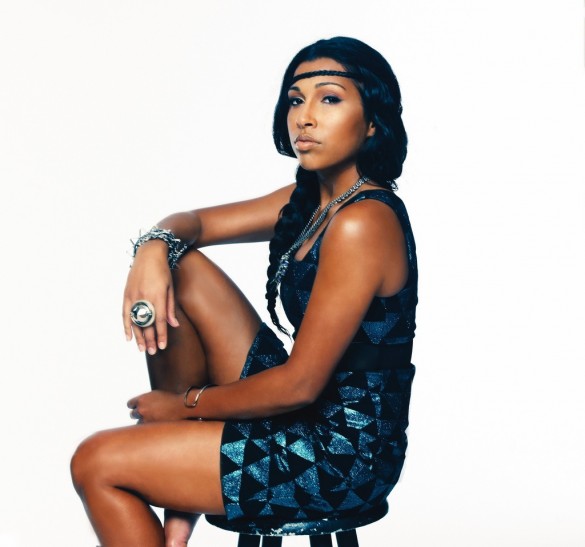 She’s had many triumphs throughout her career for instance her music featured on several television shows including Grey’s Anatomy, and MTV’s Taking the Stage. Although she won Best New Artist at the 2010 Soul Train Awards and received many nominations for the BET awards, she remains humble.

In addition to the accomplishments mentioned earlier, she was on the BET Matters Tour with Marsha Ambrosius, where she travelled to twenty-two cities in thirty days. She also toured with Alicia Keys and Kanye West. She admires Alicia Keys for her genuine behaviour and her outstanding ability and hopes to gain wisdom from her accomplishments. She also is heavily inspired by Lauryn Hill and truly desires to work with Stevie Wonder.

Melanie’s perseverance is bred from her belief in music being the only important factor. She loves music to a capacity; she even released a free song called ‘Cold Piece’, which portrays a 90’s R&B and Hip-Hop feel back in 2013. Melanie actually partnered with Pepsi and Complex to film her video to “Cold Piece” with a Pepsi themed ice cream truck.

Melanie’s individualistic characteristics and gifted voice would definitely be a nice addition to the 2015 radio songs on rotation.