For a while, it seemed like he would be around forever. After linking up with Odd Future in 2009, Frank Ocean stepped out of the shadows as a songwriter and blew the world away with his refreshing, poised disregard for everything R&B stood for at the time. He was more than just a church boy who struck gold. His obvious passion for perfection had us all convinced that he’d be our generation’s Quincy Jones. 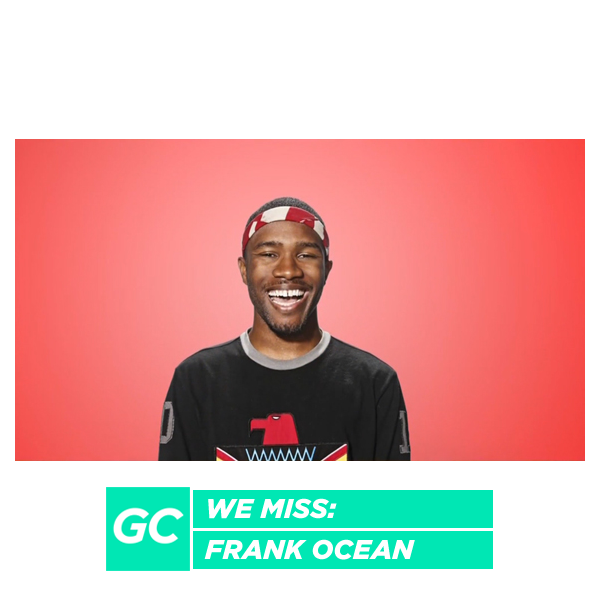 By the time Nostalgia, Ultra reached the mainstream; we learned that the New Orleans artist was anything but conventional. On tracks like “Bad Religion,” and “American Wedding,” Frank’s passionate vocals can easily overshadow him, addressing us spoiled young American zombies and our questionable values.

On top of his classical voice and polite shots at society, Frank’s music is filled with multi-layer metaphors and double entendres. Songs like “Pyramids” are undoubtedly laced with incredible vocals, but his interpretation of the black woman’s virtue could give anyone goose bumps. Like the best of the conscious, Frank never hesitates to address his internal struggles. He exposed his own vice on the drug-infused “Novacane” and Channel Orange track, “Pilot Jones.”

In 2012, Frank Ocean made history. He’s not the first artist to come forth about his sexuality. He’s not even the first black man to come out to the world, but Frank was different. The traditionally homophobic culture of the industry seemed non-existent on the day Frank decided to post a vague, yet telling statement on his Tumblr page. The industry wanted him around. Just like a precious jewel or ancient artifact, the preservers of our culture rallied around Frank and his moment of bravery.

It became apparent that the young guy with the smooth, soul-wrenching voice would indeed, be around forever. Frank went on to dominate the music festivals, fill his glass case with several international music awards, and then, he simply fell back into the shadows.

Apart from rumors of a completed second album, occasional surprise releases, and appetizing features, Frank Ocean has been pretty low-key. We can only hope that his time away is an indication of an inconceivable return. His conscious subject matter, and raw venerability is in high demand. We’re holding on in hopes that the perfectionist, that is Frank Ocean, is ready to emerge from the shadows once again.