Chicago based rapper Vic Mensa has officially released the visual to “U Mad”. Featuring Kanye West, you know together their creativity is at 1,000%. Directed by Grant Singer, he brings the track to life by utilizing the aggressive energy to its advantage. The lighting plays a key role, as it shifts from a deep crimson to faded industrial illuminations. Leading scenes in a rockstar way, Vic Mensa begins to sway with his crew in a mob full of youth. Breaking out flowing in production, a straitjacket, disposable coveralls, a bull, and small units of armed forces fill the space with symbolism. 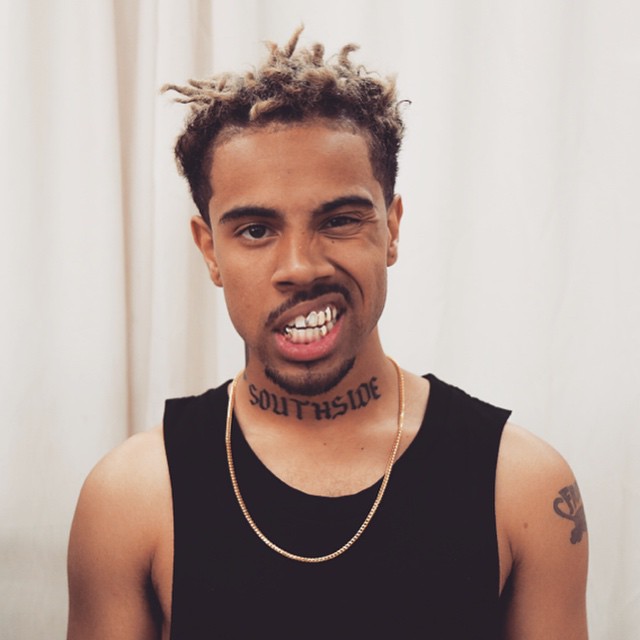 Similar to the Kanye’s iconic “All Day” BRIT Awards performance, the atmosphere is epic. Recently, Vic Mensa took to Tumblr to answer questions from fans. Straight to the source.

On the inspiration behind the visuals:

“I wanted to do something iconic that placed me as raw as possible on a canvas for myself to be the painting. Thats why I’m on that red light with my shirt off, like primitive man.” – Via cakemensa.tumblr.com

Now signed to Roc Nation, expect this next album “Traffic” to be full of surprises and consistent to the SaveMoney collective.