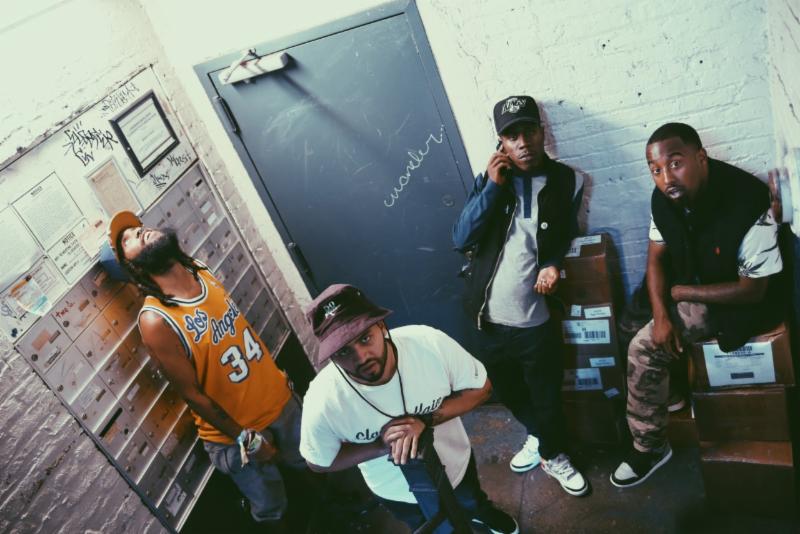 The last two months have been a whirlwind for Los Angeles-based Hip-Hop group OverDoz. First they hopped on the Turnt x Burnt tour with A$AP Ferg, A$AP Mob, Joey Fatts, Aston Matthews, and 100s in November. While on the road, they released their BOOM mixtape featuring Juicy J, Problem, DJ Drama, and Nipsey Hussle alongside production from the Grammy nominated duo THC. By the time they arrived in NYC on the tour, the mixtape hype was reaching a fever pitch and Polo Grounds Music / RCA Records announced the signing of OverDoz. which put them in the same company as PGM’s award-winning artists A$AP Rocky and A$AP Ferg, A$AP Mob and burgeoning rapper Lantana, among others. At that time, Bryan Leach, President of Polo Grounds Music, Inc. commented:

OverDoz. and their team are fearless, creative and represent everything that’s bright about where rap music is headed.

Now, OverDoz. have shared the first episode of season 3 of their self-produced Blunn!t TV shorts which have become fan favorites for their combination of hilarious skits, tour footage, and other clips in a way only a Desto could do. Watch the new episode below and stay tuned for more updates from OverDoz.