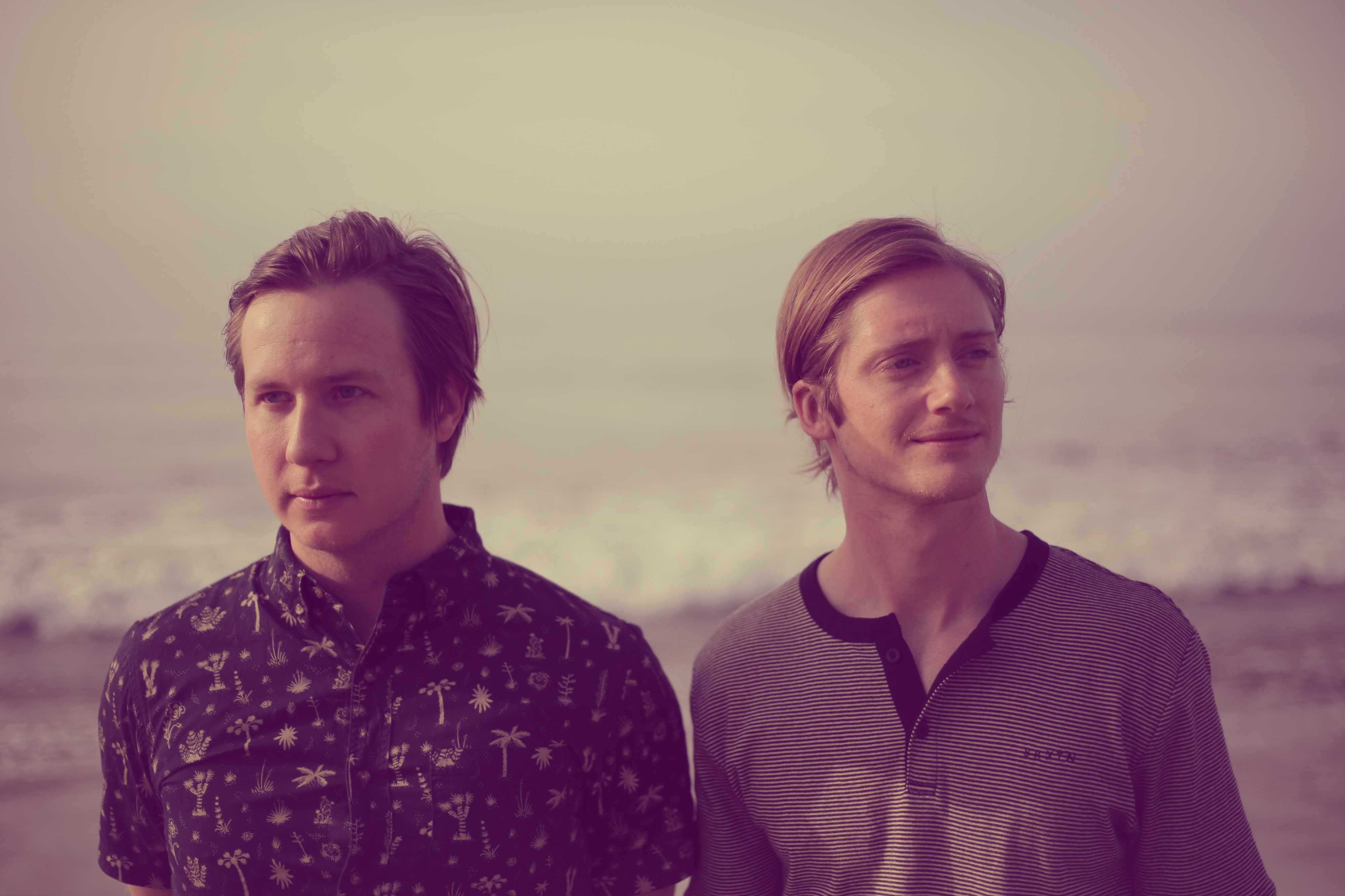 “I think if we dig into ‘Hold Tight’ a little bit, there’s something about being patient in there,” says Matt Doty, one half-of Los Angeles-based duo Midnight Faces along with vocalist Philip Stancil. The video for the song from the band’s sophomore album The Fire Is Gone is streaming now via Conan O’ Brien’s Team Coco website.

Doty continues, “We’re both pretty patient guys – it’s kind of a prerequisite for releasing your own music. And even thought it requires patience, there’s validation in maintaining control of what you create.” Doty has been patient for a while, having composed music for post-rock instrumental pioneers Saxon Shore (the band he co-founded with Josh Tillman aka Father John Misty) for over a decade, and as such, he knows how to get what he wants sonically.

“To better understand what The Fire Is Gone is, please understand what it isn’t,” he explains. “No fancy producers, no big name special guests, no one wearing robot costumes, no all-analog studio, and no songs recorded live to tape. We made this album by ourselves and for ourselves. We made it in my apartment on a computer one track at a time.”

Of the “Hold Tight” video Doty explains, “It was pretty impulsive overall.” The clip is a joyous tour of Los Angeles that sees the Midnight Faces guys dancing in the Saddleback Butte State Park desert, the fields of Mugu State Park, the Angeles National Forest mountains, downtown, and at the Santa Monica beach.

“We set aside a few days to shoot it and headed out to the desert,” Doty says. “After a few shots, we decided we were having more fun dancing than walking around.” It’s fun for the viewer, too. The clip perfectly captures the humanity behind the insular circumstances of the album’s creation.

Midnight Faces dances through Los Angeles in “Hold Tight” video. Watch it below: