Earl Sweatshirt (of the Odd Future collective) is back for the first time on this edition of Microphone Check, sitting down with Ali Shaheed Muhammad and Frannie Kelley during SXSW 2015 in Austin, Texas. On the eve of his second studio album I Don’t Like Shit, I Don’t Go Outside: An Album By Earl Sweatshirt, the artist vents and discusses a number of things surrounding the release of the new project: problems with his label and the album roll out (“Zero percent of what was suppose to go right went right.”), producing nine out of ten songs for the album (“Flying Lotus told me to do that”), life issues that help create the album (“It was hell at my house, but the best hell”), his health (“I was fucked up, I was 119”), his relationship with his mother (“The best records that I have at my house are from my Mom”) and so much more. 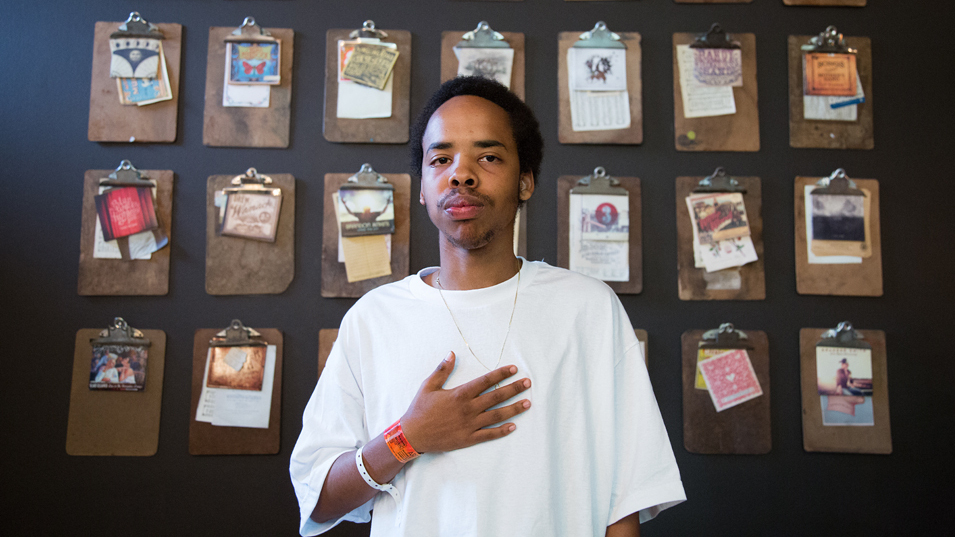