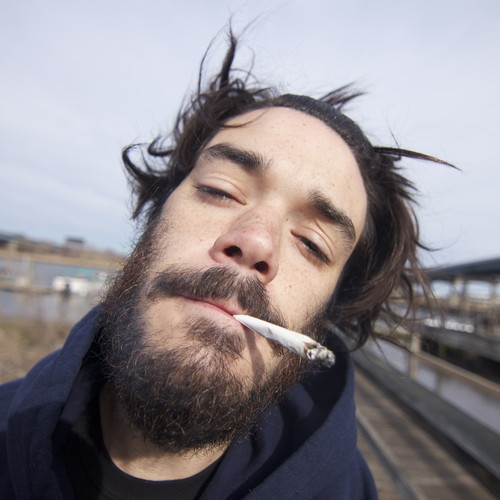 Case Arnold’s video for Runnin’ Thru My Mynd is as strange as strange can get. But then again, Kid Cudi’s Pursuit of Happiness was just as similar. If Case and Kid Cudi became best friends, no one would be surprised. The video mainly describes how a typical day for an male under the influence would be like, if he probably overdosed. Strangely enough, I liked it. Mainly because it was out of the ordinary. The video is a great way to catch someone’s attention and go WTF until it’s over, but hey, at least it caught your attention. But seriously, Case and Kid Cudi should consider making a track. Instant hit!

Case ArnoldRunnin' Thru My Mynd