The cutting-edge Italian-based Pop band inspired by lucid dreams, Talking Heads and more talks to GrungeCake and gives you a formal introduction into what they are about, their unique sound, and current musical projects.

What is your name, and name your group / band?

We are Fil and Marco, the name of our band is Videodreams.

To what genre would you consider Videodreams?

We write pop songs but we like to mix pop with much other stuff like Folk, Soul, Electronic ‘cos we listen to lots of music genres. We try to put together everything we love about music.

Where are you from? How did you and your band come together? How long have you guys been together? What is everyone’s talent in the group?

We are two brothers and we grew up in a small village rounded by mountains in the north-east of Italy, a place made of nature and silence. The Videodreams project was born in 2009 but we started playing music together almost 10 years ago, just for fun, we used to play funk music. Marco was just 12-year-old and he learned to play the drums while we practised. We’ve never taken a lesson, we’re self-taught musicians. We share our ideas for the songwriting and try to write songs together. Then, I use to write lyrics.

The name Videodreams derives from where?

I was checking some screenshots I took from the movie Eternal Sunshine of the Spotless Mind by Michel Gondry. They were so dreamy. It was like, I’m watching dreams on the video and I put ’em in a folder called “videodreams.” Then I thought it was a perfect name for our new band. We’re very influenced by dreams as well.

What instruments are involved in crafting your sound?

We’ve changed our setup many times. We’ve started just with drums, guitar and a looper. Then we’ve tried using laptops to find out new sounds and for songwriting and everything’s taken a new direction. After many changes, now, we find the right setting for this new “Wet Pain” songs. We have an old Farfisa organ to make the bass sound for example, but we won’t stop changing our instruments set. We write songs also by finding new sounds.

Thinking back to early childhood what was your first experience with music for the first time like?

Almost everyone in our family played an instrument, our father, our grandpa, our cousins and we grew up surrounded by music, especially folk-popular music. But I didn’t play any instrument ’till I was 17 when I started to play the guitar. I started ‘cos my bro did but he was younger, he was 10. 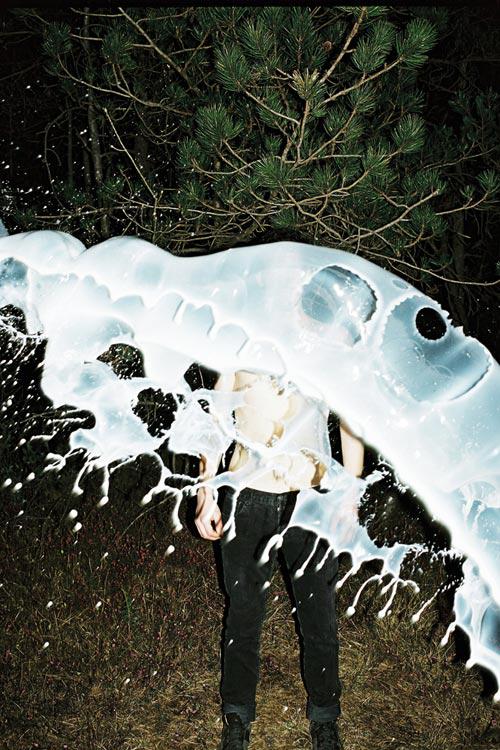 What made you first realize you wanted to pursue a career in music?

When we recorded our first demo with our first band I realized that was what I wanted to do, I had (and I still have) many other interests but making music is what I like more, I couldn’t live without that now.

How did you become involved in the type of music you play/sing now?

As I told, we used to play funk / noisy music. Maybe we were angry or something like that. Maybe we were playing for “our egos”. Then, by changing our influences and growing up (a little bit…) we’ve understood that making music is a gift for us and we are in the service of music and now we make it ‘cos we love to make it. So here-and-now the perfect way to express ourselves is through pop music, melody and bittersweet sounds.

Let’s talk a bit about The World…

Please explain what exactly The World EP is.

First of all, The World is a starting point for us. Our first record, we’ve tried lots of new things in this EP like singing altogether, several electronic sounds, it has been fun, a great experience. The World talks about that simple thing we all human beings went through once at least: love, control, dreams, possession, but all the songs have a positive light. It’s not pure optimism, it’s zen.

When was The World EP released?

What initial response did Videodreams receive after the release locally, as well as internationally (online)?

Before the release, we played The World’s songs live and that helped us to win a contest that gave us the chance to play at the Italia Love Wave Festival in Tuscany with other great bands like Editors and OK Go. After the release, our fan base started to increase and we started touring around Italy. That was our target ‘cos we were a DIY band and we needed to improve our life experience. Now we’re ready to talk about an international experience. It’s our aim.

Working with different band members, how hard was it to think and connect concepts throughout The World EP.

Actually, it wasn’t hard. In fact, to collaborate with other musicians, like our dear friend Brown & The Leaves, helped us to look at our work from a different point of view. It has been really inspiring.

Where did the title “Wet Pain” derive from?

During the last year, I had some painful experiences and I made many significant decisions in my life. I always think pain can be useful if we can face it conscientiously but, you know, it’s hard to wash it away. Wet Pain… it’s a pun with Wet Paint. It’s like “Be careful if you lean on me! My pain is still wet!

Can you name the first single that you’ll be doing any visual for? 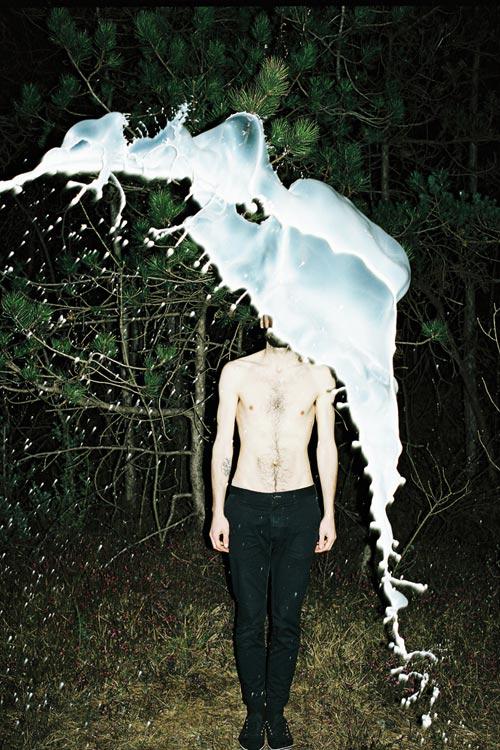 Who is on the production and post-production?

This is our first record we officially release with Megaphone Records (www.megaphone.it), a small indie label / collective based in Maniago (Italy) made by some great musicians like Arnoux, The Storylines, Threatcon Charlie. Our friend Valentino Cimenti mixed and mastered the tracks and he did a really great job. He’s awesome.

Are you running any promotional campaign?

We’re currently working with Megaphone to promote this release.

That leads me to ask if Videodreams is considering a big emphasis on touring any or even just holding live performances anywhere there is electricity to help support the movement of Wet Pain?

Playing live… It’s maybe the thing we like most and we played in many different situations so we can fit our set with the space and the audience around us, even without electricity… Of course, we have some preferences as small/medium ambiences where people can even feel our energy and concentration on stage.

Explain to GrungeCake the recording studio that has been home for Videodreams.

We’ve recorded the EP in two different studios. At Mushroom Studio with Enrico Berto and at Spiderland with our Megaphone mate Arnoux.

Does Videodreams have any video links listeners can check out?

We’re working on the video right now so you can check it out soon on our YouTube channel.