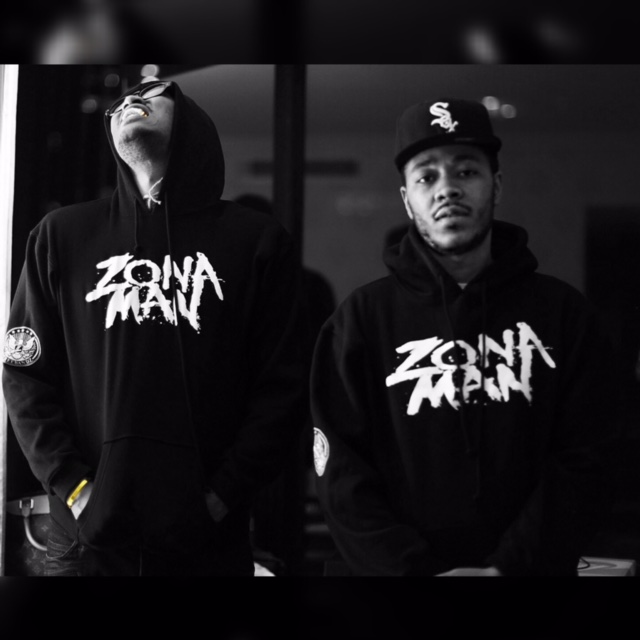 Shortly after putting me on hold to talk to his lawyer, Zona Man, the young new artist who recently signed to Freebandz, a label owned by rapper Future, came back on the line to tell me all about his early musical influences.

“Twista, Psychodrama, Crucial Conflict, all that type of music. You know what I’m talking about. I was coming up listening to Jeezy. Like, I really like Jeezy. I mess with him. You know, Yo Gotti, Gucci Mane. You know, all them. They turned up, man. I fuck with the South. Man, I mess with a lot. My brother Future. You know that’s my dog. Shit. Like, coming up. Them were the old school guys but right now, I’m all about that Freebandz.”

In addition to the very healthy list and his vibrant way of explaining himself, the Chicago-based rapper shared how linked up with boss man Future, and explains the reasoning behind the direction of his video. He’s a really likable guy, and that might or not be because I’m a lady. Ladies, you’re going to love this charismatic guy. We literally laughed through most of the time we spent talking to one another.

Originally, he was going to release “No Advance” on May 11 but he pushed it back to make sure he gets the exposure that he deserves.

So how long have you been recording?

“I’ve been rapping, I can say like for like a year or two. Really like a year and a half or two years but before I was just messing around with it. I’ve been recording and going strong for about two years and I didn’t really drop no project because I’ve been waiting over everything to be right, you know? I’d drop little stuff here and there but now, I’m getting ready. I’ve just been building up, you know? Just putting that thing together, you know? I got this flavour for ’em. This that new wave.”

Tell me about the video because it’s very interesting. You have a lot of cash money in the video…

“Freebandz, you know how it is. We hustle. I’m just letting the song speak for itself. You know what it is. I got verbal on this shit. Meaning like, I’ll get in there. I’ll get you right, you feel me? Want me to write the song for you? I’ll send you the whole verse. It’s just really letting you know, bar for bar, how the streets is. just letting you know from my point of view what’s going on, you feel me? Both verses and the hook, it just speak for itself and what I’m around, my environment.”

Is this going to be a single from a project?

“It’s going to be a single off my mixtape, “No Advance.” I was going to drop it on May 11 but I had to push it back because we’re putting together another project right now, and I just want to drop simultaneously. I just want it all to go in the right order. I don’t wanna just put it out there and not get the exposure I’m supposed to get.”

I just want everything to be right, you know? 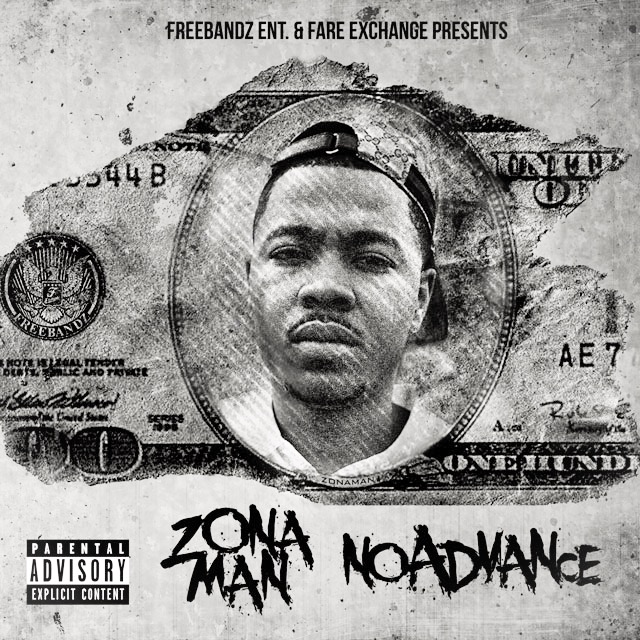 So are there any features? Any local artists on the project?

I got songs, you know? I mess with Travis $cott, Future. I miss with Casino, Scooter. I got songs with Jazze Pha, King Louie, Fredo Santana. I got a lot of songs with a lot of different people but right now, the “No Advance,” I ain’t decided if I’m going to put a feature on there. I have the strong production. I’ve been working with Metro Boomin, Jazze Pha, Southside 808 Mafia, a lot of local producers. Young Chop… like I’ve been working with a lot of people and I feel like it’s strong enough, that it doesn’t need a feature. Know what I’m saying? And it’s so strong that I was thinking about using the features for another project I was thinking about putting out called, “Zona & Friends.” See what I’m saying? Like, something like that. I ain’t came with the title but it’s going to be something like that because certain people reached out to me and they mess with me. I just want it to be right. When you listen to it, man, it’s strong. Just giving the streets a taste of what I got going on, what we got going on.

The name of the website is GrungeCake. When you hear that name, what comes to mind?

GrungeCake. When it come to mind. When you say “cake,” I think about money, and “grunge.” Grunge, grunge. GrungeCake. Shit, I don’t know. Shit, money comes to my mind.

That’s good. That’s good, so if anybody wants to work with you, how should they get in touch with you?

Where does your name come from?

My street was Lil T, right but my people started calling me Zona Man. It just kinda stuck with me.It’s just really some street stuff that’s going on, you feel me? I just took and it ran with it because that’s what I am. I’m a Zona Man. I appreciate y’all doing the interview. Zona Man in the building, representing.