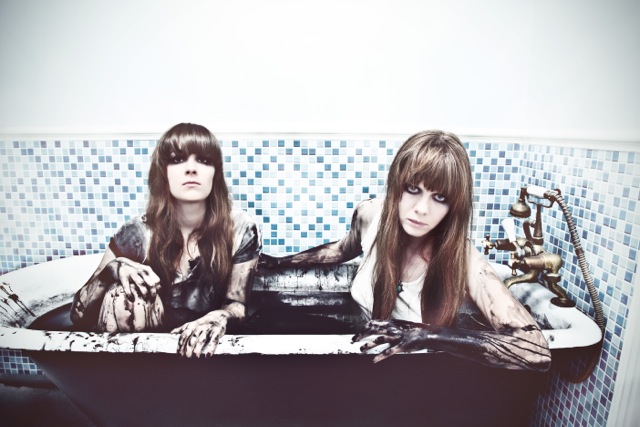 The bond between The Pearl Harts already existed before they were a band. Meeting on the road whilst in other acts, they ran away and now, simply the group describes themselves as “outlaws”. In 2013, the duo put on their first show and released a confrontational track about making a deal with the devil. Luckily for them, it caught the attention of blogs on both sides of the Atlantic Ocean and it was played on John Kennedy’s XFM and Amazing Radio, all based in London.

“What makes them so fucking special?”, you’re probably thinking. Well, to be rather blunt and assy with you, The Pearl Harts work with what they have, quite literally. Due to their talents, they make the biggest sound possible with the smallest line up, taking inspiration from legendary Rock heavyweights like Led Zep, Them Crooked Vultures, Pearl Jam (almost their namesake?), Black Sabbath, and Joan Jett and then, mixing them with live loops and samples. They’ve managed to bring Rock and Heavy Blues to a new audience, in a new time.

Almost a year to date since our first Pearl Harts premiere, the British girl duo return to GrungeCake with an official video for “Black Blood”. Their “Wolf Eyes” premiere was exclusively released on GrungeCake and garnered thousands of hits in just hours. Watch the awesome video below. It was directed by David Lieb and shot on location the iconic Ivy House in South East London. If you’re not familiar with the Ivy House, it became an infamous hangout for the “mad and bad” of music during the 1970s.

For more of The Pearl Harts, just click here.