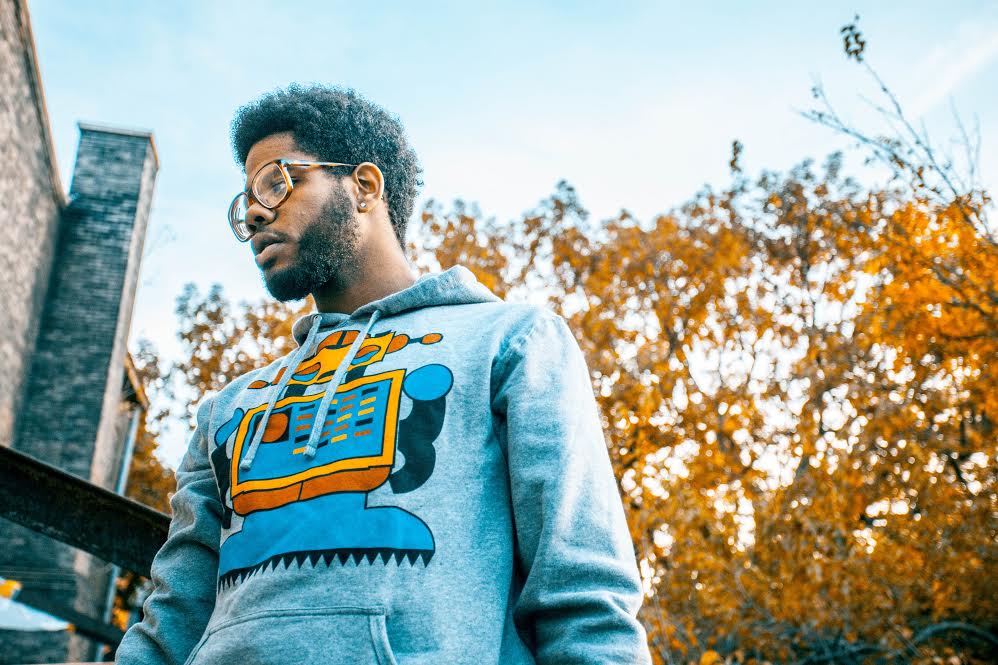 As an artist, you want to see yourself expand and develop as a person, from different angles. Being a dynamic artist with a wide variety, takes more than just a simple push. It takes dedication, productivity, and willingness to stand in front of a crowd. The Chicago artist, Roosevelt The Titan, gives us a piece of Chicago with his Trap-feel track, “Houdini”. After speaking to Roosevelt and his manager, I understand that he is willing to separate himself from the most common ‘Trap’ scene out in Chicago. In his upcoming project, you can see another side of Chicago that might have been slept on but Roosevelt The Titan is here to show you the way. So, stop for a bit and follow him in finding out a little bit of who he is and his experimental musical journey.

So, who is Roosevelt as an artist?

I’m pretty much someone that found out that I really love music. I really love rap as a whole. As an artist, I feel that I am pretty dynamic because I have a wide variety of sounds that I can mix-n-match. It’s not just one part of me. I just want to bring back the love for doing it and I’m on some experimental shit right now. You know, just getting in the booth and doing different things. I don’t really know how to define the other part because I’m finding my groove right now. I just want to say to take the journey with me.

OK. So, you can say that as the days go by, you will figure out who you are as an artist?

Yeah, it’s never going to be a cycle because I’m always going to grow. I’m a person. I can’t stop and shit. The music that I make is like the person that I am. If I choose to be stagnant and choose to be the same person, then that will not be growing as person. I chose to expand as a person.

When you rap, would you say that your music is Chicago-influenced?

Yeah definitely. It got to the point where me and my homies were listening to anything but Chicago artists or ourselves. Just listening to Chicago and taking it in, since we are from all parts of the city. We are from every single part of Chicago: Downtown, Westside, Southside, and Northside. Be part of every culture, so it’s the biggest influence and an experience in general.

Did the performer Houdini influence you in doing this track, or did you just name it ‘Houdini’?

Nah. It’s just the effect of when you think of anything that is an illusion. That’s the first person you go to Houdini. It’s my first video and you have to give people something of a resemblance. Something that is familiar, so putting references like that and naming the song Houdini will work.

Did you decide to randomly just shoot the video in Chicago?

Roosevelt: If you really look at my music, it is really not in that lane. Yet, when you understand that you want to be dynamic and you want people to catch on what you are doing, you kind of switch it up. You want to see what else you can do, who else can catch me or what not. So, when I made that song I spoke to everyone that we needed to make a video. Everyone is going to be bumping it, so we needed a video because that’s something that everyone is going to like. It wasn’t random, as we knew that as soon as we made it, that it was going to happen.

Joseph (manager): Like, Chicago is really known for Trap music but Roosevelt, he is not your typical Trap artist. He is very versatile. The project that he is working on now is going to have a lot different types of music, different types of sounds and he is experimenting by singing, harmonizing, and rapping. What he is saying is that the track ‘Houdini’ is a track that he put out because he realized that when he is doing all these shows, people were not putting attention because they were just not ready for it. So, when he is doing all these shows, he has something that will have the crowd really into it and pay attention.

Most Chicago artists are on that Trap phase. However, now that you’ve explained it, I can see what separates him from all the over artists.

Joseph (manager): Yes. GrungeCake is definitely going to get some of the new music and it’s coming really soon. It will open your eyes.

What is next for Roosevelt?

An upcoming project will be dropping soon. We are wrapping it up, getting it together, and finalizing it. I don’t want to say too much on the next thing that’s coming out. We are still experimenting but definitely more consistency. Definitely putting out a short film and putting out some skits. Showing how dynamic we are as people, so we can get personal and people getting to know us. Not just the music because some people cannot just identify just by the music, they want to see more. I want to show more and branch out as an artist.

Out of all the platforms that are out there. Why did you choose to premiere ‘Houdini’ on GrungeCake?

Joseph (manager): I met Yams (Editor) at SXSW and it was my first time going to SXSW. I’m only 18-years-old and I’ve been managing artist for about 6 months now. I had the opportunity to go to all these events at SXSW. Like, I went to the FADER Fort and that’s when I met Yams in the line.

OK. You were the one standing in line to get into the FADER Fort?

Joseph (manager): Yeah, that was I in line. Okay, yeah I remember. That was you.

Joseph (manager): Yeah, I was very fortunate and excited to meet her. I thought it would be cool to work with a blog that has a different perspective of Chicago, rather than any other blog in Chicago. It’s very interesting to see how people react to that music outside of Chicago.

We are looking forward to seeing what else is in stores with Roosevelt and his career.