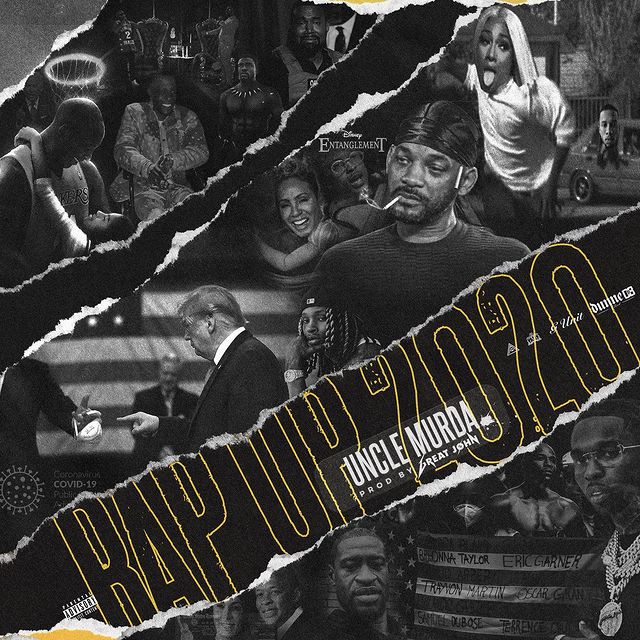 Uncle Murda, real name Leonard Grant, now famously known for his year-end reviews delivered his annual observation. At midnight, the Brooklyn rapper released ‘Rap Up 2020’, which covers the untimely deaths of the industry’s young stars (like Pop Smoke and King Von), Kobe Bryant and his daughter Gianna, Jeopardy host Alex Trebek, and others. Taking the touchy situation involving Megan thee Stallion and Tory Lanez into account, the G-Unit rapper jokingly teases what he believes happened the night Megan was shot.

On a lighter note, Uncle Murda rapped about the Red Table Talk interview that confirmed Jada Pinkett Smith’s extramarital affair with August Alsina, pokes fun at sports athletes, and Timbaland and Swizz Beatz’s ‘VERZUZ’ virtual battle series. If you’re on Clubhouse for unhealthy amounts of time, you should probably listen to this record. It might save you.

According to the artist, it will be his last year creating these types of records. Check out the long track that spans thirteen minutes and fifty-seconds below to see if you’ve missed anything.