On May 3, Trill Sammy’s new video for ‘Nah Foreal’ released. Having been putting out material all year long, this fresh visual is the newest addition to the artists’ YouTube channel. The short one minute and twenty-two-second song paired with the two minutes and fifty-five-second video and resulted in a short and fun music video. Lil Dicky graces the camera as he makes a cameo as a waggishly comical cop. While in the interrogation room, Dicky tries his best to pick at Sammy’s brain and get under his skin by threatening to involve his girlfriend in the drama, wasting water on the floor, and making other amusingly snarkish comments. A comical atmosphere gave a touch of theatrics to the video as its paired with scenes of Sammy hanging out with his girlfriend, cruising around with his friends in the car, and choreography scenes with dancers.

The Benny Blanco and Southside produced track is one of the singles released ahead of Sammy’s forthcoming project ‘No Sleep’. Being a collection of random behind the scenes footage featured in a series on the Houston-based rapper’s YouTube page and more, the video is an assorted fusion that looks like it was a ton of fun to make. As it is a lot happening in the video, it finally appears that Dicky’s aggressively inquisitive interrogative scenes with Sammy were in fact just a dream. With an alliterative hook and a booming instrumental, this tune is solid. Just recently the rapper introduced and gave visuals for songs ‘Do Not Disturb‘ and ‘Feel Better’ featuring Slim Jxmmi. With the anticipation of his new imminent work, it feels safe to assume we could expect lots of new visuals and audio from Sammy.

‘Nah Foreal’ by Houston, Texas-bred Trill Sammy is available on all streaming services. 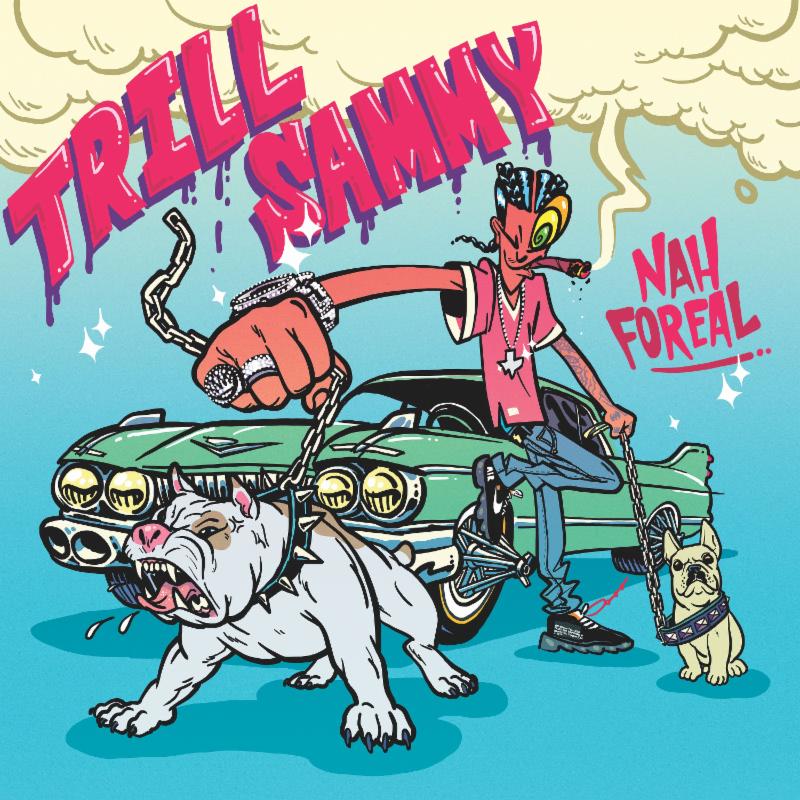