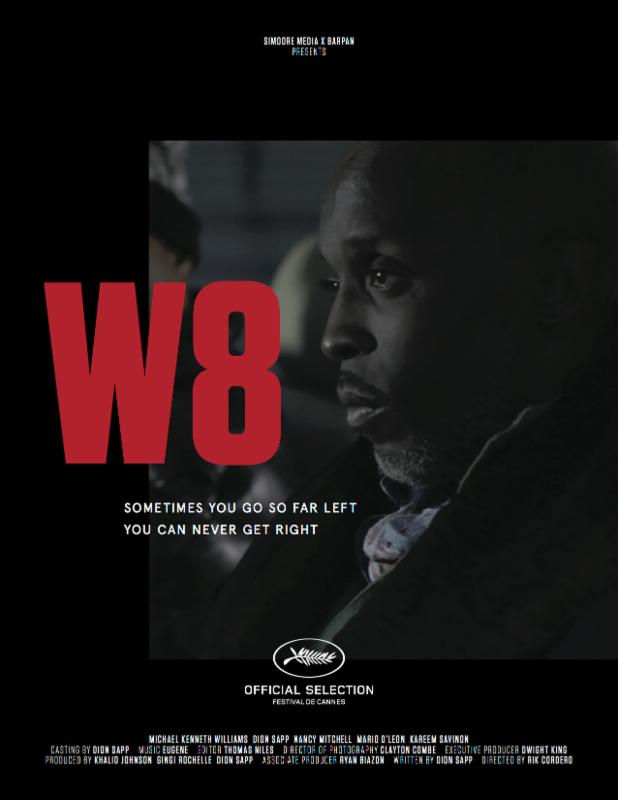 After being selected for Cannes last year, Dion Sapp, Eugene, and Khalid Johnson are back to share the trailer for their short film, W8, with the public. The film stars Michael K. Williams, most famous for his roles in The Wire and Boardwalk Empire, and follows the psychological struggle of a hustler. Complex says, “Think Training Day but with Chalky White. That foundation, plus a killer soundtrack featuring Jesse Boykins? Sold.” W8 is scheduled to drop in February 2015, but in the meantime, check out the trailer below.

Eugeneis a songwriter, producer, vocalist, percussionist and MC. Prior to scoring and sound tracking W8 the movie, Eugene was the drummer of Brooklyn-based Indie Rock duo Tigerwood. Their last release was a self-titled EP in 2012. Eugene’s influences range from Gospel to Rock, to Old School R&B, to classic Reggae and Hip-Hop. He is also influenced by the vibes of chill wave, complex textures of electro and tribal rhythms. But most of all he is influenced by life. Eugene also works a creative director / writer and film director.

Dion Sapp has been a New York City tastemaker since he was a teenager modeling for high-end fashion houses like Prada, Sean John, and Hugo Boss. He’s also been featured in ad campaigns for Coke-A-Cola, Timberland, J Crew, and Puma and was an inspiration for a Harmony Korine character in Larry Clark’s 1995 flick “Kids.” Dion enjoyed a lucrative career in fashion but after seeing a play starring Denzel Washington, he knew acting is what he would ultimately pursue. After graduation from Long Island University with a double major in Theatre / Drama and Marketing he became a freelance wardrobe stylist / art director at the urban flavored magazine XXL and auditioned on the side. His first national commercial was with NBA All-Star Carmelo Anthony for Nike, which led to guest roles on “Law & Order,” “The Barbershop” series, and a reoccurring role on “30 Rock.” His work with feature directors Antoine Fuqua, F. Gary Gray and Spike Lee inspired Sapp to create his own material so in 2011 he wrote, produced and co-starred in – alongside “Boardwalk Empire” star Michael K. Williams – a short film entitled “W8” that premiered at the 2012 Cannes Film Festival. Dion is an independent film junkie and loves collecting and refurbishing vintage cars and motorcycles.