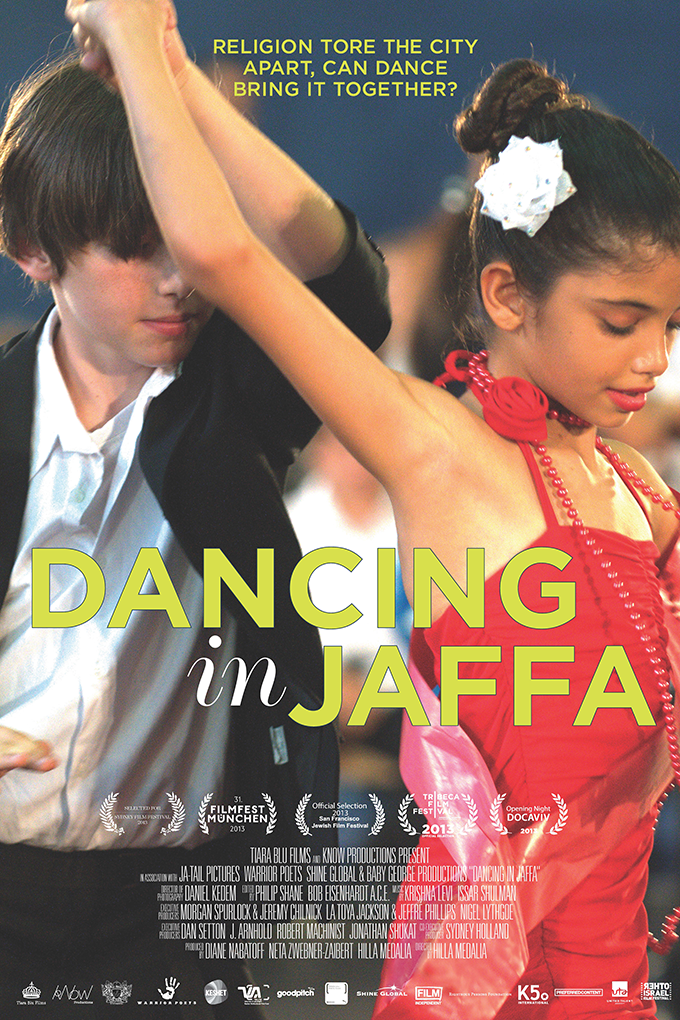 After decades abroad, renowned ballroom dancer Pierre Dulaine returns to his hometown of Jaffa, Israel, nostalgic for the streets of his youth but nervous and dismayed by the strong current of racial animosity that now serves as the norm. Fueled by his belief in dancing’s power to build self-esteem and social awareness, Dulaine brings his popular Dancing Classrooms program to three diverse, Jaffa-based schools where he teaches ballroom basics to the ethnically mixed population of children. Dulaine selects the most focused dancers to train for a citywide competition, pairing Palestinians with Jews, putting many of the children’s and, more pointedly, their families’ beliefs to the test.

As Dulaine’s passion for dance and no-nonsense style of teaching rubs off on the reluctant children, the competition offers the perfect window into their lives. Hilla Medalia’s story beautifully shows these historical archenemies forging an innocent but ultimately meaningful relationship that quickly takes on a much larger significance than what initially meets the eye. Dancing in Jaffa is a sweet and incredibly moving tale filled with moments of truth, poignancy and humor, offering a glimmer of hope in the in the intractable conflict.