British-Jamaican artist, Doktor, uses Terror Fabolous and Nadine Sutherland’s classic to remake ‘Action’. It doesn’t stray from the original lyrics on the hook. However, it does beckon a modern flair that the younger generation may appreciate. Watch the official video below featuring dutty Dancehall dances on a rooftop and in what appears to be a house party.

Cherokee Death Cats – Do to Me (Submission)

There’s a new filthy, dirty musical duo on the scene; Their name is Cherokee Death Cats, and the Swedish group’s new single is all about how someone else treats you, what they do, and how it all affects you. But that’s not it, sacrificing time and normality for someone else’s attention and love aren’t scarce. The high-energy Garage Pop is from the ‘Sick’ EP, set to come out September 30. Listen to it below.

Sometimes, we need a cursor to remind us how strong we are. ‘Alpha’ seems like one of those songs, that will recharge you in your weakest moments. Canadian band, Little Destroyer, wants you to take charge, so what are you waiting on? Check out the striking visual for the anthemic-esque power track below.

‘Measured’ makes me want to go back to Barbados, sleep in a hammock, and act like I don’t have hundreds of emails to read per day. Calming like Natasha Khan’s creations under Bat for Lashes, Common Holly is going to be a staple in someone’s Dream Pop playlists.

As a child, when music—that sounds like this—came on, it was movie-time with my mom. ‘Damn Right, You’re My Baby’ is hella nostalgic and is one of the happiest songs I’ve ever heard in my life. Before now, I didn’t know who Tom Cridland is, but he’s pretty ambitious. He wants to be one of the biggest pop stars in the world. How? The British recording artist plans to release a song, music video and podcast episode every week! There’s nothing better than a man with a plan and his partner by his side. Without further ado, watch his video and listen to his cheeky lyrics. It’s the kind of throwback pop that used to make us happy, well before the Trump Administration.

Tom and Debs, whenever you’re in New York City, visit me.

The dreamy cut with its matching visual is from ‘Headspace’, an upcoming LP. I wish I had a weird and long explanation to describe why I enjoy Levitation Room’s music or this song, but I don’t. It just sounds good to me, which makes it feel good. Sometimes, that’s enough.

And to take you into the depths of your evening, this tune by Australian band Butter Bath should minimise your anxiety, ease your beating hearts, and nest you to sleep. According to the artist, ‘Stray Cats’ is “an exploration of the emotional polarities when retrospectively viewing a relationship breakdown.” It is subtle and easy to listen to, which tends to be the kind of soundscapes we enjoy before bed. 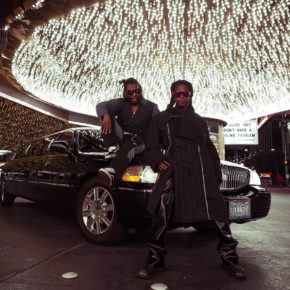 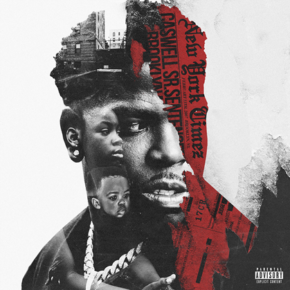