2014 was pretty much one big amazing art adventure. From new music to new visuals, I crossed paths with some great souls and were able to create with a few of them too. Thanks to GrungeCake Mag for letting me share my top 2014 #LifeInAnalogue moments. Huge thank you to every single person out there listening, coming to shows. copping tapes, and pushing the art I make forward – much love and stay tuned for much more next year! 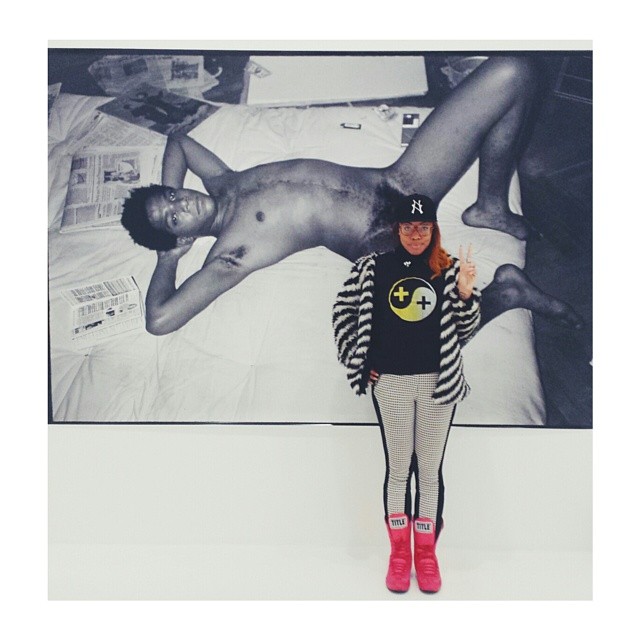 Started off 2014 with dropping CHILLS + THRILLS – the 1st project released on my label Never Normal Records. This was an exciting step for me.The music on the CHILLS + THRILLS project received a lot of love from BBC Radio, Fact Magazine and even Marc Jacobs. 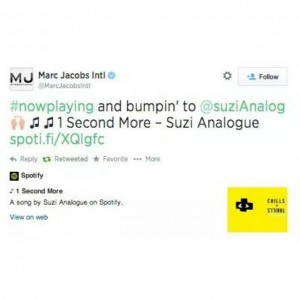 SXSW moments were priceless – Made new memories. One of my favorites was opening a showcase for Big Freedia. I even met Skrillex who told me he enjoyed the Analogue Monsta ‘BOOM’ project. It was tite to play to different crowds each show. 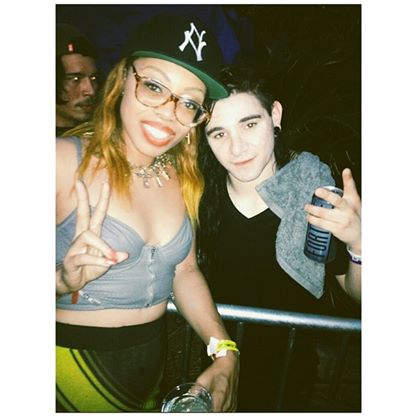 Moog Installation at Rough Trade
One of the coolest live performance projects I was a part if this year was with Moog synthesizers, curated by Tom Tom Magazine. All women drummers and producers played a room full of Moog synths to a live audience at Rough Trade Brooklyn. We played along with M.I.A.’s live drummer Kiran Ganhdi.

Never Normal Radio, a broadcast where I share themed selections and music talks started during the top part of the year. It has been really cool to share my music nerd-ery with folks. One of my favorite broadcasts with producer Black Milk was a highlight this year. (http://radio.nevernormalrecords.com)

Moogfest 2014
Like a gift from above, this year I got to go see electronic legends all play in one weekend at Asheville, NC.

I saw the legendary Giorgio Moroder, and Kraftwerk in 3D. I went with my buddy Chloe from the tite band Chaos Chaos, and we were featured in the Meta Modular project, jamming on some synths at the fest.

Frieze Art Fair – I got to play a live set this spring at Frieze Art Fair NYC as a part of an art installation by artist Naama Tsabar. It was super exciting to play for the thousands of people entering the fair. The festival and it’s music (and me!) was even mentioned by Billboard Magazine print edition – my first Billboard mention. 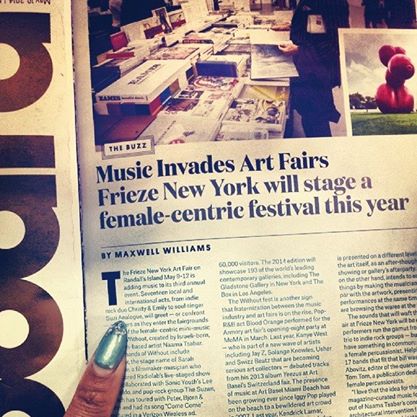 FADER Love – Remixed a tune by Kelela this year that got some Fader Mag love and rocked live it at my first Beat Haus show this year in summer at Converse Rubber Tracks. A definite crowd favorite. 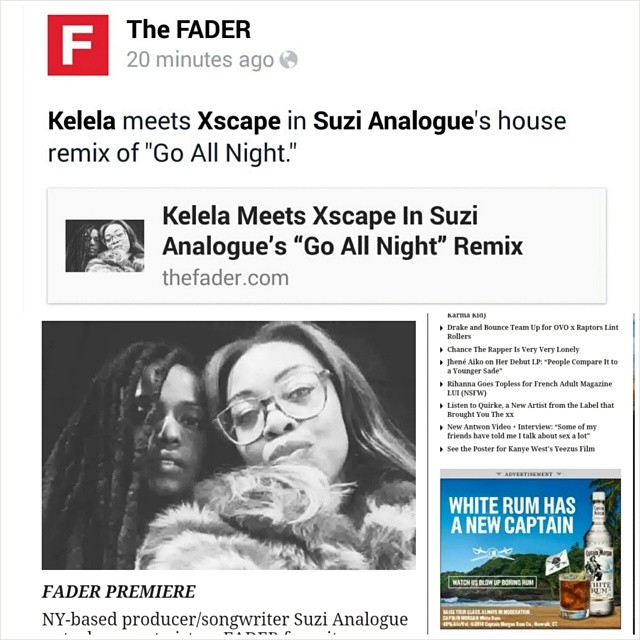 Handshake Vs. Dap Tape – I got to creative direct and release one of my favorite producer’s tapes: Count Bass D for Never Normal. Count Bass D is known for his MF DOOM collaborations but I was really honored he let me release his beats on tape. I got to shoot the photography and design the tape! Also got to film a video for the title track. 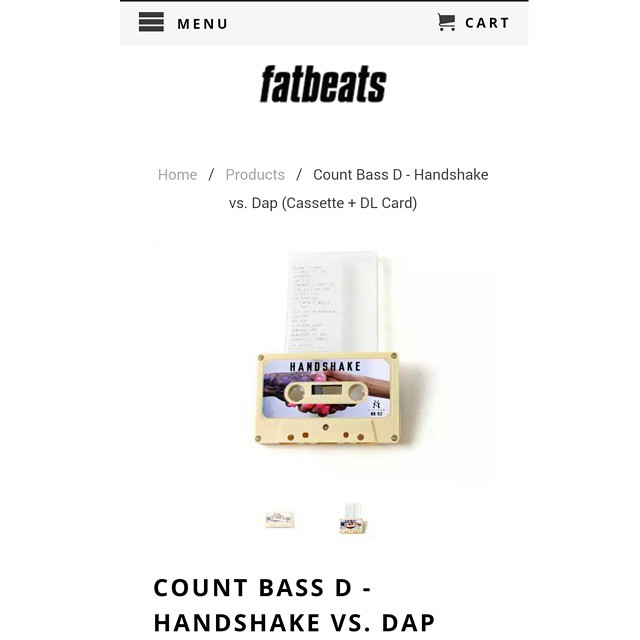 Cassette Store Day + Night
This year Cassette Store Day was really cool. In the day my friends at Paxico Records had a rooftop meet. At night, Never Normal and Zona Tapes curated a super live producer showcase with some of my favorite beatsmiths including Ohbliv, Swarvy, Sporting Life (Ratking) and Ezrakh.

Love Affairz V.1 – I got to drop an entirely new project this early fall with Swarvy: Love Affairz V.1 on cassette and digital. The first collection of love songs I’ve ever dropped. The creative team for this project was so bomb – from the photographer Shawn Theodore (xST), to the videographer JTVizion and features by Grande Marshall and Josh Hey. This project was all about the love of creating. 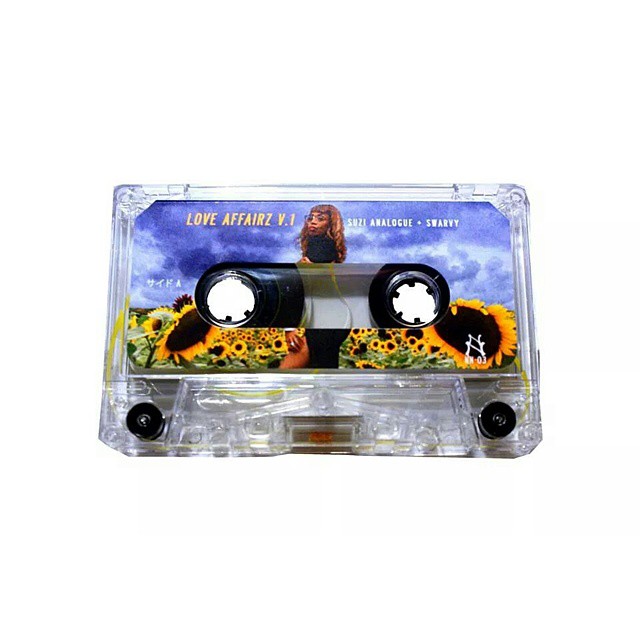 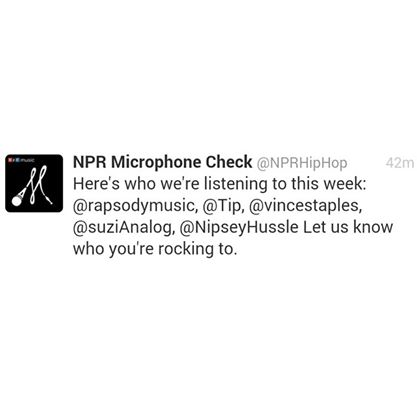 Rad October – Fall was so rad. 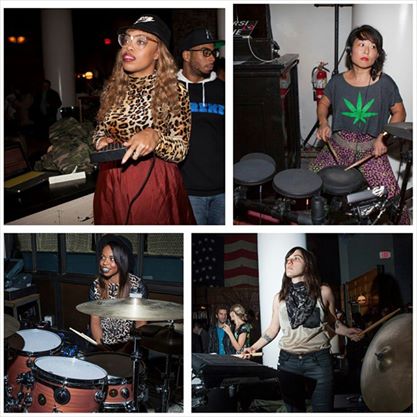 Art Basel With Never Normal – For one of my favorite yearly events, Art Basel Miami Beach I got to curate and play an art show entitled Neon City Show with ATC Miami Beach and 11th Parallel Worldwide. The show featured illustrations by Mwanel Pierre-Louis and Count Bass D and Jneiro Jarel came and dropped dj sets. The sights and sounds were on point. 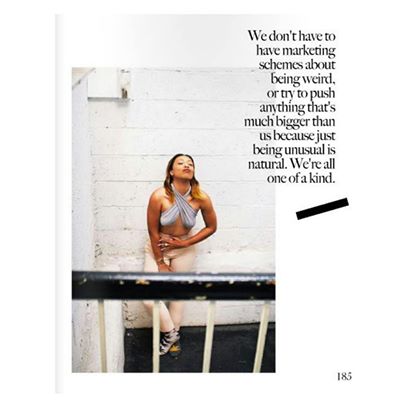 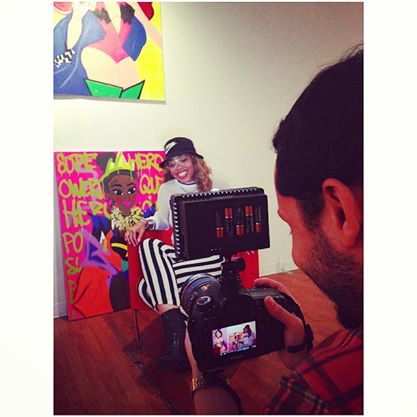 Hero Interviews By The Hashtag Hero