Tony will oversee all editorial direction at TIDAL, including leading a team of editors and programmers in multi-genre global playlist curation, as well as the digital magazine, READ. In addition, Tony will continue conceptualizing and driving editorial direction across the platform, and all global editions of TIDAL. Since starting as VP, Culture and Content in early 2017, Tony’s masterful vision has cemented TIDAL as a respected voice of the music community and a cultural institution. An industry veteran, Tony is the former editor-in-chief of Billboard and Slam Magazines, his writing has been featured in the New York Times, Rolling Stone and Business Week.

In his new role, Elliott will oversee the creation of new and existing original content. As a respected journalist, host of several TIDAL original content series’ and curator of some of the platform’s most popular playlists, Elliott is poised to guide TIDAL’s culture-shifting content team into the next era. His genuine love of music, eye for engaging storytelling and a deep-rooted intuition for all things pop culture will undoubtedly enhance TIDAL’s artist-centric, fan-first approach to content. A long-time media professional, Elliott is the former editor-in-chief of XXL and has helped define the culture at music institutions such as Rap Radar and an ego trip.

We applaud the innovation and success both Tony and Elliott have brought to TIDAL, said Richard Sanders, CEO of TIDAL. Their vision and expertise has elevated the founding principles of the platform and truly enhanced the experience for every member and artist TIDAL collaborates with.

Gervino and Wilson have been with TIDAL since early 2017 and are an integral part of TIDAL’s growth. Both appointments are effective immediately and will report to Richard Sanders, CEO of TIDAL. 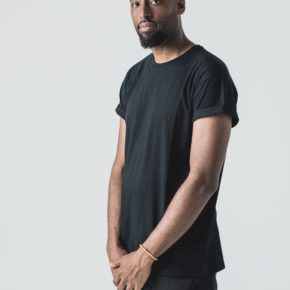