Thundercat was live in-studio with Zane Lowe on Apple Music’s Beats 1 to premiere ‘Black Qualls’ featuring Steve Lacy + Steve Arrington, off his newly announced album, ‘It Is What It Is’, coming in April. He reveals Donald Glover is also on the song, but won’t say in what capacity, and says there are a few good friends on the album, including Ty Dolla $ign, Lil B and Lewis Cole. They FaceTime Steve Lacy, who talks about working with Thundercat and how he’s one of his “biggest influences”. Thundercat also says this last year was “trying” and “traumatic” for him because of Mac Miller, and shares a story he’s never told anyone about how he said “good night” to him the night he passed and that he loved him: “I was changed forever, even if I didn’t want to, it just changed me.”

Thundercat on his song ‘Black Qualls’ featuring Steve Lacy & Steve Arrington, upcoming album ‘It Is What It Is’, and Mac Miller 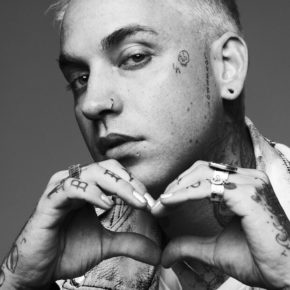