Houston-native Thelonious Love is here with a story to tell through poetic verses. Debuting his EP “No Other Love Alive” (N.O.L.A.) in April, topics of social justice, loss, and affection appear as the purity of content. As creative energy progresses in a world filled with chaos, this record supports unification. From the untold stories of Southern heritage to liberating unsung voices, Theo Love is a rare gem and a man of many colors. Now residing in Austin, his music acts as his center of expression, but he is well-versed in many artistic fields.

Thelonious “Theo” Love is a culmination of unconditional love. Surrounded by a team that respects and honors one another, relationships built provide an equal amount of synergy. 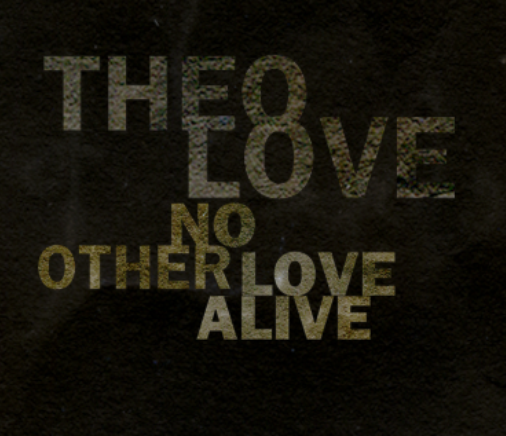 “No Other Love Alive” came at the right time for honest transitioning in themes of music. N.O.L.A. is a call of action in response to witnessing the many pains the world has experienced, and still rising to overcome that struggle. However, unconditional love conquers negativity. Crediting his parents on the leading reason for who he is as a man, the project echoes honor to them.

N.O.L.A. contains 11 tracks, all encompassing an autobiographical narrative. Manifested from styles of spoken word, this EP is honest and well-balanced. Just from the intro to the record, “Lord Knows” has an aura of integrity. With rising tempos and refined measures of vocals, Theo Love attacks with words of encouragement.

This EP has a range of instrumentals that creates the mood of the journey. The tone of N.O.L.A has a touch of horns with the piano as the leader. Many layers of sounds are incorporated throughout the production. Both are also a reflection of his Southern roots.

Following the message of liberation, “I’m A Warrior” featuring Bombay paints another study of self-love / ownership. Track #4 “And Even I” featuring Bombay and Invisible Dan, strengthens the mind. Almost halfway through the record, vulnerability surfaces with “Can’t Be Undone”.

“Can’t Be Undone” talks about the process of mourning a loved one. When thinking of a favorite track that he felt most connected to “Can’t Be Undone” was it. I have to say, this track unleashes inspiration to others who’ve experienced loss. I know for a fact his story will touch many hearts.

“This was a hard moment for me. This song is about my father’s death and me dealing with that. I was in a very vulnerable state. As a man, you really learn to appreciate life.”

Growing up in the suburbs of Houston, music was vital. His mom filled the house with R&B / Soul, while his brother introduced him to Hip-Hop. Both genres stem from direct experiences of economic structure, class, emotion, and reflecting raw elegance.

“I’m an auditory learner. I’m also a big traveler. My church was going to concerts and seeing artists perform in their spaces.”

The music scene in the South cannot be compared. Texas in particular impacted the arrangement on “No Other Love Alive”. Living in Houston, San Marcos, and Austin, he was exposed to different types of musical elements.

“Coming out with my artist name, I was conscious of the music. There’s a gritty Houston bass sound, but there’s a lot of horns referencing New Orleans. I also love brass instruments. I’m using our (Texas) influences on this project. Shout out where I’m from. Houston is the 4th largest city in the United States. We have a lot of brothers / sisters from other major cities in the South. Especially after Katrina, many people came here. It’s underrated. But, I’m able to appreciate it now.”

“I’m also an extremely social person, but I definitely like my alone time. To articulate my sound properly, I need it to be quiet around me. Making this EP, I was by myself making the music. This is a full-time job. There’s a lot that goes into it. But, I need that time to myself to create. Hearing the truth can scare you in a sense. But, it’s all a balance of both. I need to hear my voice, but also have a great team around that will give honest feedback.”

Outside of music, other mediums such as writing poetry and theatre helped develop the sound of “No Other Love Alive.”

“I’ve always been a writer. With poems, it wasn’t something I shared. But, I was also in theatre arts channeling emotions to share with another person. It’s a definite craft with touches of vulnerability. It helped my craft. It helped me with directing and production. Using all these tool definitely changed me.”

Visuals have also influenced Theo Love’s creation of the album art. Collaborating with his team of graphic designers and photographers, N.O.L.A. stands as a classic layout. The partnership between the two captured who Theo Love is. They definitely understood his art.

Continuing on with the storyline, images from “Though They Try” featuring Star Amerasu strike the listener with a familiar voice. Yes, in the video Theo portrays the role of Malcolm X (in the first scene). This single awakens reasons to fight for justice. Theo reappears in modern times, dressed in native jewelry with a compelling message to the landscape. From the conversation, Theo references a verse that sums up the overall theme of N.O.L.A. “when the beat thinks with me, it dwells on me…”

Tracks like “You Can’t Stop Positive”, “Or In Spite Of You”, and “We Will Rise” all symbolize advancement for society. Only a couple of months out expect to see more “No Other Love Alive” content. Just recently, Theo performed during his birthday at The North Door in Austin with fellow artists RC & The Gritz, and Magna Carda. He’s booking shows, and bringing music to the people. He is also working on the next single “With Or Without You”, as a video.

“I’m putting all those energies together. Love is around. To have the male and female voice on the topic of love, this is very important. There are not a lot of men talking about love. It’s important for all men to acknowledge emotion.”

With Lauryn Hill as one of his influences, channeling that feeling is vital for him. Born in 1988, Theo represents the digital age. Releasing his music in both digital and physical formats, supporters have the option to choose. You can stream online via SoundCloud, Amazon, Google, iTunes, Spotify, and this website.

Planning out dates for future performances, you’ll see him at venues like The Fitzgerald in Houston and local festivals. He’s touring and writing new music. This journey has changed the life of this lyricist. Partnered with Jurnt Entertainment, this team is family. If you love this artist and record, an LP is coming.

In support of GrungeCake, Thelonious appreciates the social movement.

“Music is powerful. There are many voices in music. It’s good for a magazine / artist to show the world a positive message.”

No Other Love AliveThelonious Love