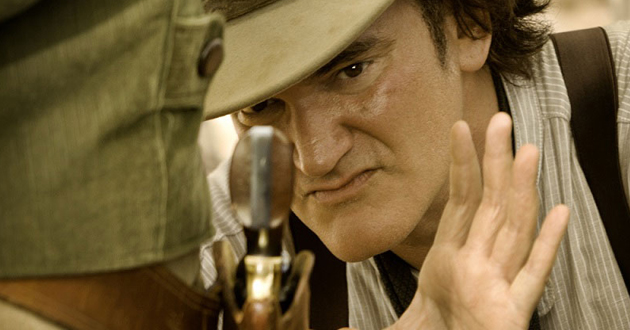 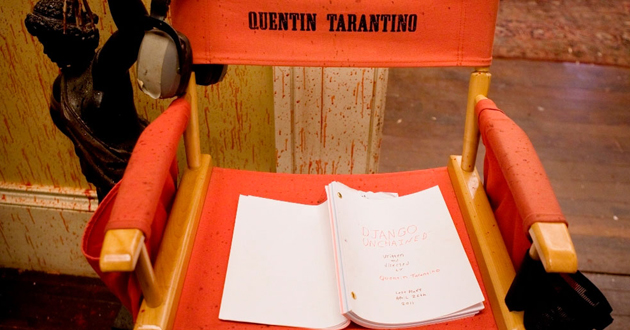 Just kidding. Well kind of. Let’s start this by first addressing the “controversy” of Django’s screenplay between Quentin Tarantino and Spike Lee. In the mid 80’s, Spike Lee was the American film director, producer, writer, and actor getting the most acclaim for his unique film making style and views on race relations, urban life, crime and other political views. Lee employed many upcoming Black actors and actresses, most notably Denzel Washington. Lee’s issue with Quentin has always been with the use of the “N” word in many of his screenplays. We truly appreciate you Spike. We just don’t agree with your view on this one.

In an old variety interview while discussing Tarantino’s film Jackie Brown, Lee said: “I’m not against the word… and I use it, but Quentin is infatuated with the word. What does he want? To be made an honorary Black man?” 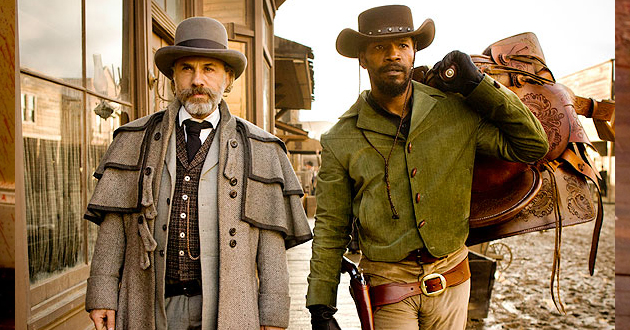 That’s right. Quentin Tarantino may just be an honorary Black man in my book, but call it what you want; “Django” was a great film, and it was wonderfully written. It’s a fictional period film that successfully depicted the will power of a sole Black man, and portrayed a union and mutual respect between two men of different races. What’s wrong with that? Absolutely nothing. If you were paying attention, when Leonardo DiCaprio’s character brought the skull out on the table and started discussing Phrenology and discussed the three indentations marking submissiveness of his father’s dead slave, you woke up and maybe sat up straight. Like I did. Maybe you realized that was not only the climax, but the moral and in fact the pivitol scene of the film. Contrary to what Sir Calvin Candie thought of “niggers” the character that Tarantino created was in no way shape or form a “submissive” nigger, and that was the wake up call Sir Candie and his household got in the end. After watching the film, my sisters and I had a long discussion on submissiveness. I was offended at Calvin Candie’s assessment that all Blackss have that submissive “trait” which is why we are continually oppressed. To me, submissiveness depending on what context we use it in is not bad. In relation to a husband and wife, or to God it is necessary and shows humility and strength. In the face of oppression, I think “submission” signifies weakness. In my view, the assumption that phrenology illudes that Black people are genetically the weaker race was preposterous. I think Tarantino shared this view, which is why he created a main character and love interest that clearly went against the grain, in order to show flaws in the formula & concept of phrenology. So if you’re mad about this movie you clearly didn’t “get it”. (Laughs) One thing I can say is that Quentin Tarantino gets Black people, and goes to great lengths to understand whatever character he is about to undertake, and that in itself has to be respected!

Quentin Jerome Tarantino (Jerome though? We love it. Laughs) was born on March 27, 1963. Originally from Knoxville, Tennessee, Tarantino grew up an avid film fan and worked at a video rental store while studying acting. In 1992, he received critical acclaim for his film “Reservoir Dogs” which is considered a cult-classic. His second film “Pulp Fiction” released in 1994 was also a major commercial success. “Pulp Fiction” is one of the best examples of Tarantino’s nonlinear film style – where the pattern of events are portrayed out of chronological order. French-Swiss film director Jean-Luc Godard is credited with this “new wave” of the 1960’s French film movement. Godard is often considered the most radical French filmmaker of the 1960’s and 1970’s because of his views on filmmaking and because he challenged the conventional traditons of Hollywood and French cinema. Godard famously stated, “I agree that a film should have a beginning, a middle and an end but not necessarily in that order” This Godard quote reflects Tarantino’s film making style and gives us some insight into the mind of Quentin Tarantino himself. Similar to the rebelliousness of Godard, and of course Tarantino’s main character Django; Tarantino himself is perfectly comfortable going against the grain in Hollywood.

We applaud Quentin Tarantino for writing Django Unchained, and we celebrate him for writing a slave story that made us experience a gamut of emotions in the span of 165 minutes. Django Unchained made us proud, angry, and happy. It made us laugh, and think, instead of just cry and complain about the history of slavery like we usually do.