Imagine yourself being trapped in a world where your wildest fantasies can come true. For the nerds out there (including yours truly), imagine playing your favorite video game or reading your favorite Sci-Fi adventure novel, then suddenly transporting yourself into the middle of it. If anybody had the creative and gigantic imagination like artist Lexx Black, then you too would definitely make the best of being placed smack-dabbed in the fantasy world of your choice. Lexx Black could be just another multitalented artist to some but it’s his creative energy and everlasting imagination that separates him from the rest. Highly influenced by foreign music and the Japanese culture of anime, Black uses that unique combination along with his experiences from past relationships and daily interactions with others to form an audible collage that’s smooth and pleasant to listen to. Recently, Black released his Beyond The Dark EP project that displays those elements. 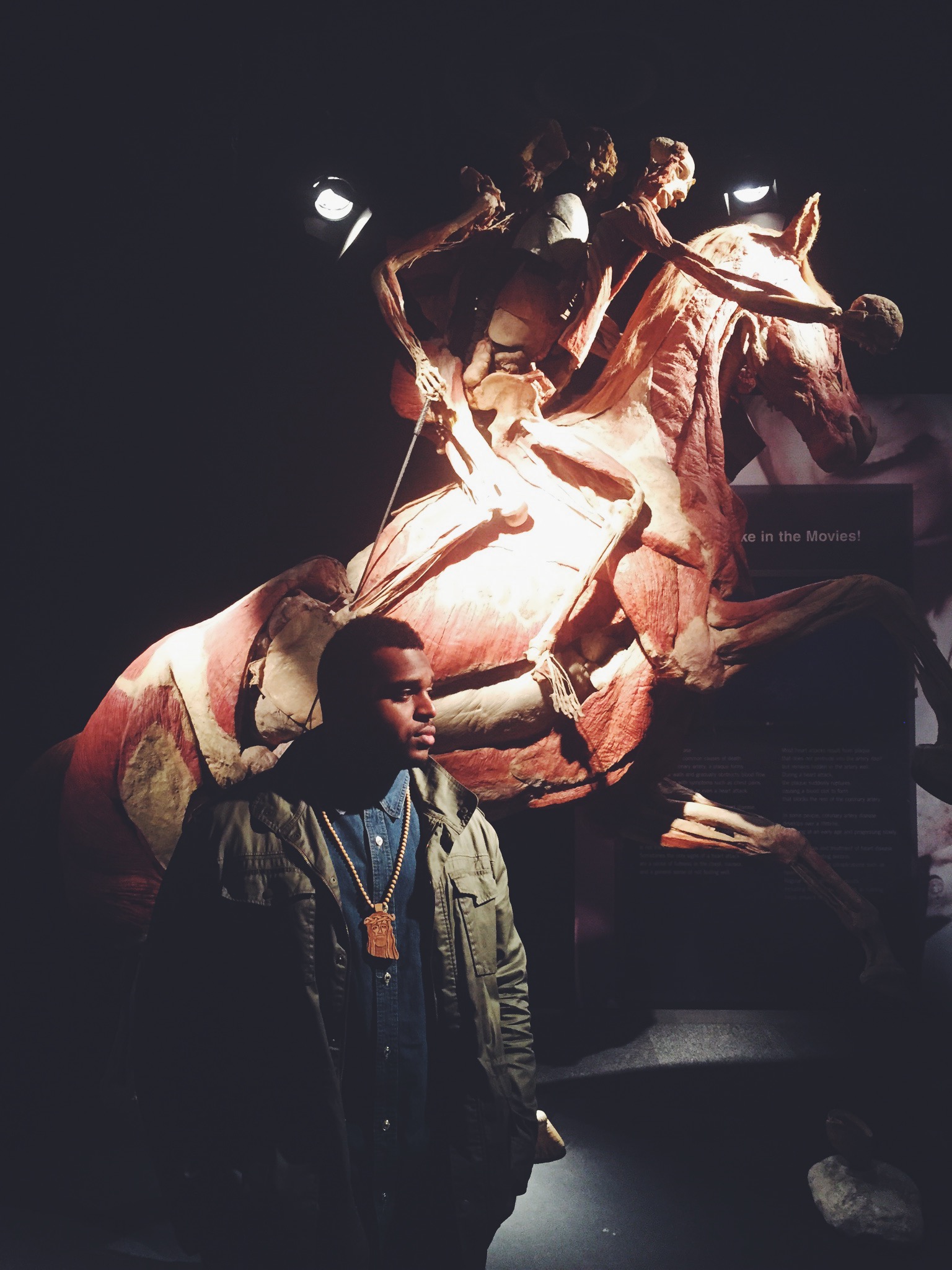 “The Search For Atlantis”

In this song, Lexx Black described that it was highly-influenced by his love of anime and deep fascination of Atlantis. Black says that he often imagines himself searching for peace within himself and being able to find that peace in a fantasy world where he can, whenever he wants to. Black feels that his music is the key in order to obtain that peace, and it is also a ticket to perfect nirvana. Black strongly feels that this song shows perfect harmony and that listeners can relate while they are on their path of inner-peace.

Black says that this song originally done a year ago but due to the constant changes of the project, he was unsure if it was suitable for the project. Thankfully things were sorted out and a nice song like this made the cut. As stated earlier, Lexx said that his taste for international music was a key contributor towards this song. Black said that he was going through somewhat of a depressed period and creative block when he made this song. With his imagination being indescribably vivid it helped him through that down period. The song is appropriately named too because Lexx said that, during that period of down, he felt stuck with his vision being blocked. He later on says that he had dreams of being trapped in a sea of fog and he trying to make it out. Showing his creativity, he was able to portray his emotions within his music.

It all started with a birthday gift from his significant other. Lexx’s wife gave him a MPC to help continue with his music career. Black says that he was used to using Logic Pro and other producing equipment but highly appreciated the gift because this gave him an opportunity to use more percussion sounds. This song was a way for him to not only use some new equipment but to experiment with a whole new spectrum of sounds to help show his creativity. The lyrics for this song sheds light on his previous relationships and how he was able to handle them.

“Drift” happens to be a song that is near and dear to Lexx’s heart. This song is incredibly special because as great this song sound, this almost didn’t make the final cut for this project. The original concept of the project has changed so much, Lexx felt that this song was great by itself but luckily he made a few adjustments and fit perfectly in the finished product. During his creativity block and brief period of depression, Black said he felt as if he was going through the motions or just drifting from day to day occurrences. Also this song shows how he was able to find himself through his music.

Black went on to say that the song “RCVR” is somewhat the aftermath or sequel to the previous song. Listeners should be able to not only feel but listen to how well the two songs transitioned and blended extremely well with each other. After his brief period of depression, Lexx said that he was questioning his relationship with the ones close to and developed a minor case of paranoia. With questioning, comes confrontation. This is pretty much shows him confronting and facing up against his doubts and fears. For him to share himself and his thoughts with his fans is pretty amazing. Listeners should be able to appreciate an emotional song of this stature.

“To Pass The Lonely Time”

Lexx says he was inspired by a music blog site that he frequently visits, and he was incredibly moved by a post that was published on there. The site featured a foreign artist that he grew to like, and a song from that artist motivated him to develop a similar song. Lexx did say that it was much more than just another song that motivated him. He somewhat had an epiphany about his love for music and whether he really enjoyed it or not. With all of the success that comes his way, at times he has felt alone and without support but all of that is wrong because he knows his family and fans support his work ethic. This song shows how much dedication and time he put towards not only his musical career but his personal projects outside of music.