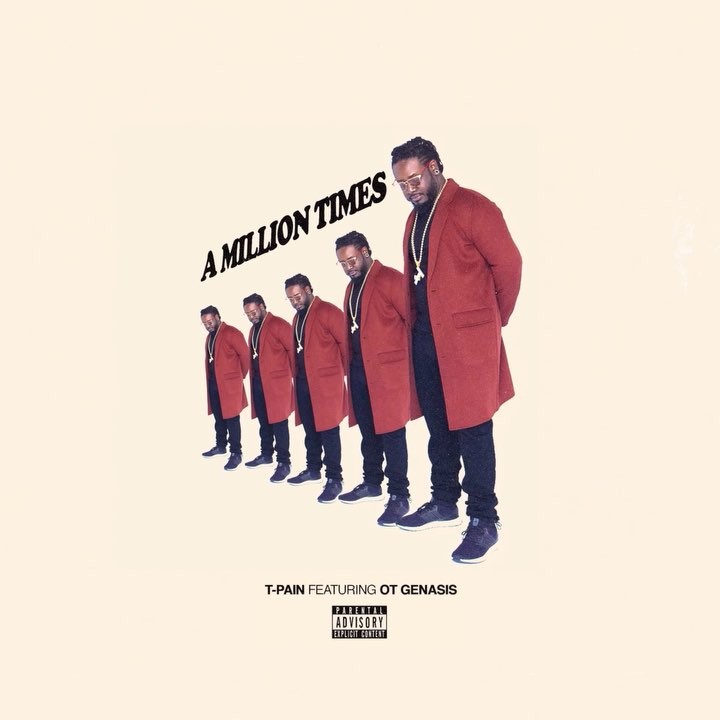 No one quite has a comeback like this one here. Esteemed R&B singer-songwriter T-Pain just shared the audio for his brand new banger with OT Genasis titled, ‘A Million Times’. It’s about being in a relationship that the people closest to you have an issue with; I’m sure it is a relative narrative. I’ve been there and done that one million times over. Listen to the track below, which premiered on Beats 1 today. It sounds like Summertime. Be on the lookout for the new album including the singles ‘All I Want’ featuring Flipp Dinero and ‘Getcha Roll On’ featuring Tory Lanez.