Swizz Beatz takes it back to his birthplace and the birthplace of Hip-Hop.

Swizz Beatz, with the help of a few friends, launches No Commission: Art Peforms in his birthplace, The Bronx. Swizz was joined by music artists such as A$AP Rocky, Young Thug, Fabolous and Pusha T to name but a few. 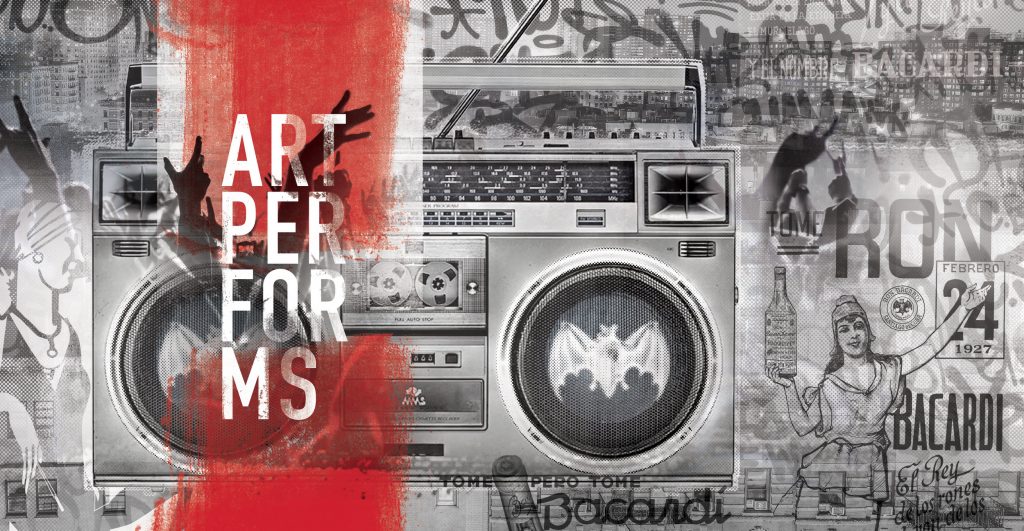 Due to the success of the debut No Commission art fair collaboration with the Bacardi Untameable House Party series in December at Art Basel Miami, Swizz decided that he wanted to bring it back to where he started his life, The Bronx. No Commission: Art Performs is a multi-day immersive event where art and music collide for showcases by day and night. Featuring musical performances, visual art galleries and immersive installations in the Bronx, No Commission: Art Performs celebrates the artist hustle, where it all began.

No Commission: Art Performs will be held at a waterfront warehouse in the South Bronx, the birthplace of Swizz Beatz and the genesis of global contemporary art forms Hip-Hop and Graffiti. Bacardi and The Dean Collection are investing in, celebrating and giving back to this community that remains integral to New York’s cultural heritage and hustle.

Previously, Swizz Beatz & A$AP Rocky took us on a tour of The Bronx. He visits his old neighborhood, several iconic locations including 1520 Sedgwick Ave, the birthplace of Hip-Hop. Watch the video below.