Watch the unique and valiant Suzi Analogue in her new video for “Move/It/Off.” 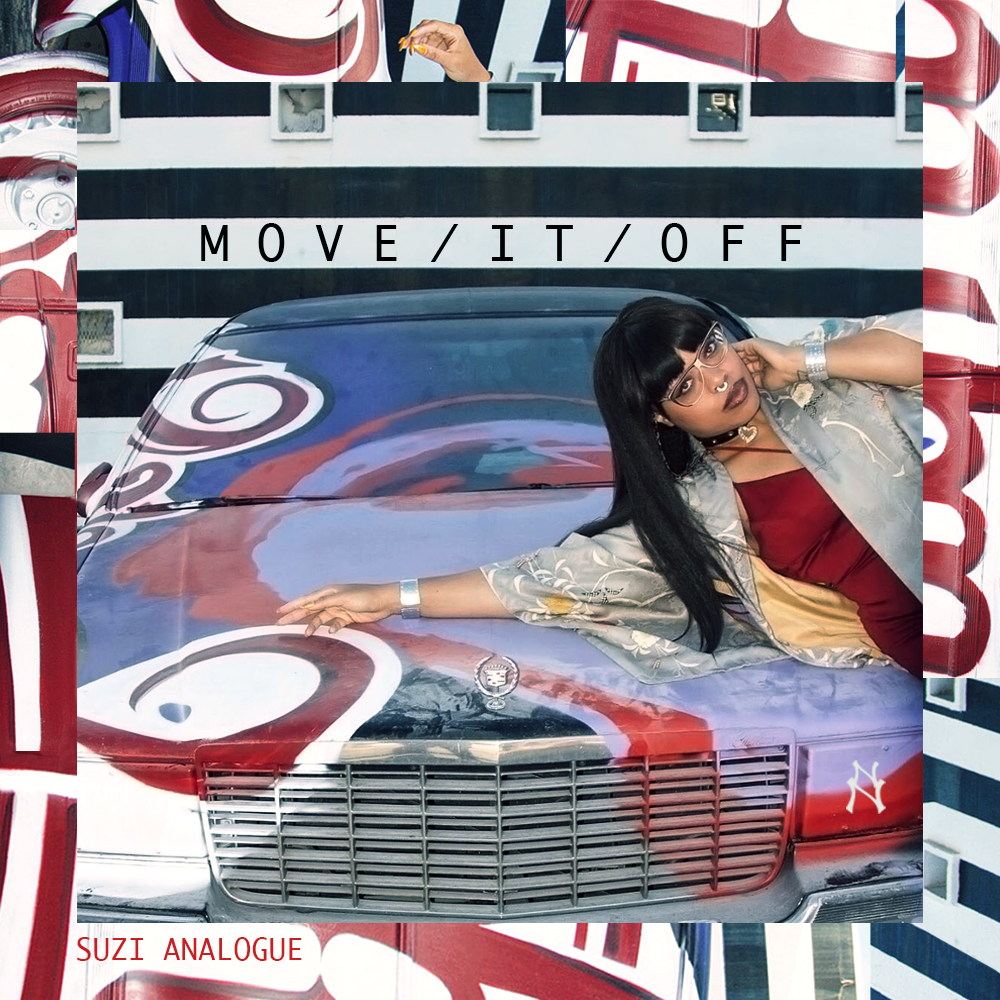 Last week the multitalented artist Suzi Analogue shared a short visual for a new song called “Move/It/Off” via Paper Magazine. In 2016, she released the second installment of ZONEZ, and “Move/It/Off” is a lead single from the third. Aptly, the track unveiled to the world through BBC 1 Radio. Known for quaint imagery and experimental sound, the Miami-based artist produced the song. She says it is a “physical catharsis” and rebelling of inadequacy.

Watch the video below.

As Analogue likes to do by way of her Wavy Lady movement, she collaborated with an emerging video artist named Souldreamin. As Paper magazine described, the video stays true to Analogue’s experimental electronic aesthetic. It is bright, minimalistic, and a collage of several cuts. Watch the one-minute clip for the video below for the Never Normal release.

Maya Shipman (born August 16, 1987), better known by her stage name ‘Suzi Analogue,’ is an American recording artist, musician, songwriter & producer based in New York City and Philadelphia. She is an active member of Klipmode alongside Mndsgn, Devonwho, & Knxwledge; all of whom she collaborates with frequently. Suzi credits her name to the alter-ego of RZA, Bobby Digital, one of her favourite Hip-Hop producers. Her style fuses Soul, Hip-Hop lyrics and vocal processes characterized by synthesizers and Electronic bass instruments. In 2012, Suzi Analogue and TOKiMONSTA collaborated and released an EP under the Moniker “Analogue Monsta.” The collaborative EP entitled “Boom” was released by Scion Audio/Visual.

In 2013, she launched her own record imprint, Never Normal Records. Her first project release on the Never Normal label CHILLS + THRILLS was named Best Cassette Of 2014 by UK’s FACT Magazine.

She has taught production master courses from Yale University to Amsterdam, and The Netherlands. She has been featured on BET & MTV, among others, talking on females in the male dominated music industry.

Suzi has been a featured musician in several projects from American synthesizer company Moog Music, including playing live at Moog’s largest modern music installation. Suzi has also been a selected artist by Moog Music and Converse Music to record special Moog synthesizer sessions.

Suzi Analogue has served as a cultural diplomat for the USA in Uganda, Africa as a part of an international Hip-Hop music initiative Next Level founded by the US Department of State and University Of North Carolina Chapel Hill Music Department. During her diplomacy, Suzi taught a production course to upcoming beat makers in Uganda’s capital Kampala using Ableton Live. She also orchestrated music with a team of other US Hip-Hop artists and traditional Ugandan musicians and was on national Ugandan TV and radio.